I am writing to you to provide a summary from the Annual General Meeting of Basketball NSW.  This post will provide you with a summary of the AGM and the CEO AGM presentation and our Annual Report will provide an overview of the basketball business over the last 12 months.

This years AGM we had two Director’s positions up for nomination and election.  The two Directors Jennifer Dean and  Lauretta Claus both indicated through the AGM Notices they would stand for re-election.

No other nominations were received.

BNSW’s nomination committee against a board approved skills matrix reviewed all nominations.  A summary of each candidate’s skills set was provided in the AGM papers for the first time this year.

BNSW implemented the Nominations Committee and Skills Matrix based on best practise recommendations by Office of Sport and Sport Australia.  The Nominations Committee comprises of 1 Director – Gina McClement and two independents.  The Skills Matrix was developed during 2018 and is based on the required skills set for sport and Boards to operate effectively delivering on key strategic deliverables.

Jennifer and Lauretta were re-elected as Directors for a further 3 years.  Jennifer will also remain as the Chair for BNSW for the coming year.

The annual subscription fee for members who do not hold voting rights at our AGM will remain at $50.00 plus GST, known as ASSOCIATE Members.  Associate members are also welcome to attend the 2019 BNSW State Conference but will be required to purchase a State Conference delegates package, this cost will be published over the next coming months.

The 2019 State Conference will be held at Rydges Hotel in Bathurst from the 1-3rd November 2019.

The AGM included one Motion put forward by the Board of Directors.

The motion was to change the current appointed directors’ positions (x2) to 2-year terms from 1 year.  The main reason for the change is the time it takes to fully understand the business and add value to the Board as a Director.  It is also more challenging to recruit for the appointed Director’s roles for 1 year and be able to attract the right talent and skillset into the sport.   The Motion was put forward and approved by the members.  BNSW’s Constitution will be changed accordingly.

There were no Life member nominations were received.

Tom Moore who retired at the end of 2018 was Thanked by the Chair for his long service and support to Basketball.

BNSW announced at the AGM in 2018, it’s intent to go to market for a new auditor.  BNSW went to market in July through an EOI process and interviewed 3 firms.  The new firm appointed is Pitcher Partners.  Pitcher Partners’ agreement is for 3 years.  The initial appointment was approved through an EGM held in Port Macquarie 11th November. Pitcher Partners undertook the audit for 2018.

Please click on the link below to download my presentation, and read the 2018 Annual Report to see all the changes and activities BNSW have undertaken in the last 12 months.

We thank you for your support and I am looking forward to seeing you around a basketball stadium around the State in the next coming months. 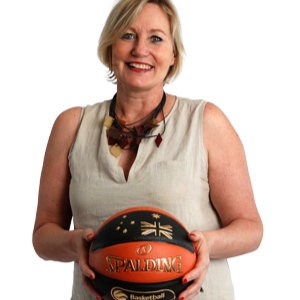 Maria Nordstrom
Passionate about the people achieving their potential, spending time in nature, yoga, basketball, horse riding and my friends and family. I have a 15 year old son and a bright and sparkly food obsessed Golden retriever called Caesar. We want to see basketball thrive again NSW. Success start with a plan and a team passionate about the achieving it. We want people to be able to play basketball anywhere in NSW in a facility that is no further then 40 minutes away from your home.
Follow My Blog
( 0 Followers )
X

Junior sport has a conundrum to deal with.  Passion for sport and behaviour that is not congruent to kids having fun playing whatever sport. Sport can bring out the best…

A few months ago I attended a Governance Foundation for Not-For-Profit Directors run by the Australian Institute of Company Directors (AICD), a course designed for first-time directors or aspiring directors…