Basketball NSW is pleased to announce the appointment of Macsen (Macs) Monk to the position of High-Performance Coach.

Macs comes to Basketball NSW from the Northern Suburbs Basketball Association where he was their Development Officer for the past four years. Born in Coffs Harbour and having spent many years in the New England Region, Macs is excited to return home to regional NSW and continue to develop the High-Performance athletes to a world-best standard.

“I am so excited to get to work with the amazing athletes, coaches and support staff in NSW. I feel deeply lucky to be building on the foundations set by Curtis Sardi and the countless volunteer coaches over the years” Monk said.

Macs is suitably qualified for the role having been involved part of the NSW coaching fraternity for many years. Macs has experience working in BNSW High Performance Programs such as the State Performance Program (SPP) and Developing Athlete Program (DAP), along with being a State Assistant Coach. He has also been involved in grass roots basketball by Head Coaching in the U12 Hotshots Program, whilst also delivering coach accreditation courses in his role as a Course Presenter. 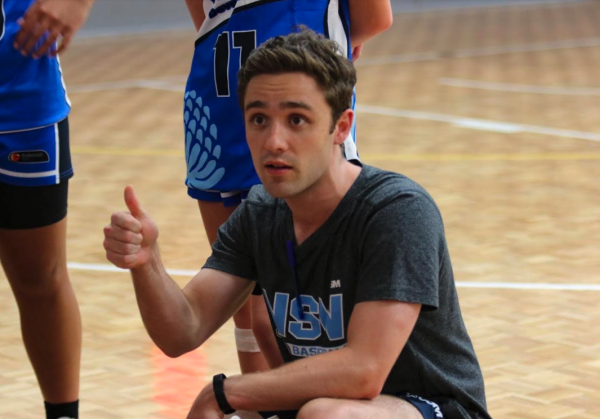 Basketball NSW General Manager Coaching and Development Brett Coxsedge welcomed Macs to the team and said he is set to play an important role in the delivery of the BNSW High-Performance Programs, whilst also strengthening the underpinning Development Programs.

“Macs is person whose enthusiastic energy is contagious. He has a great understanding of the work that Basketball NSW is currently doing and the vision that the organization has for the future. He is great at building relationships with both players and coaches and will no doubt bring with him some new ideas that will continue the growth of the sport in Country NSW. We are excited to have him join the BNSW team!” said Coxsedge.

Macs officially has now commenced his duties with BNSW and will work alongside fellow BNSW HP Coach Curtis Sardi.

Basketball NSW is excited to share further updates to the High Performance calendar for 2022 and start of 2023.

As the Under 16 Australian Junior Championships tip-off this week Basketball NSW looks at the Head Coaches and their support staff that will lead their respective teams on court for a full preview and history.

Basketball NSW in partnership with Wheelchair Sports NSW/ACT are pleased to unveil the inaugural teams set to compete in the new Spalding Waratah Wheelchair League for 2022.

Basketball NSW in partnership with NBL 3x3 Hustle are excited to share that registrations have now opened for our 2022 Street Hustle events.

Congratulations to the following teams that have won their division at the 2022 John Martin Country Tournament.