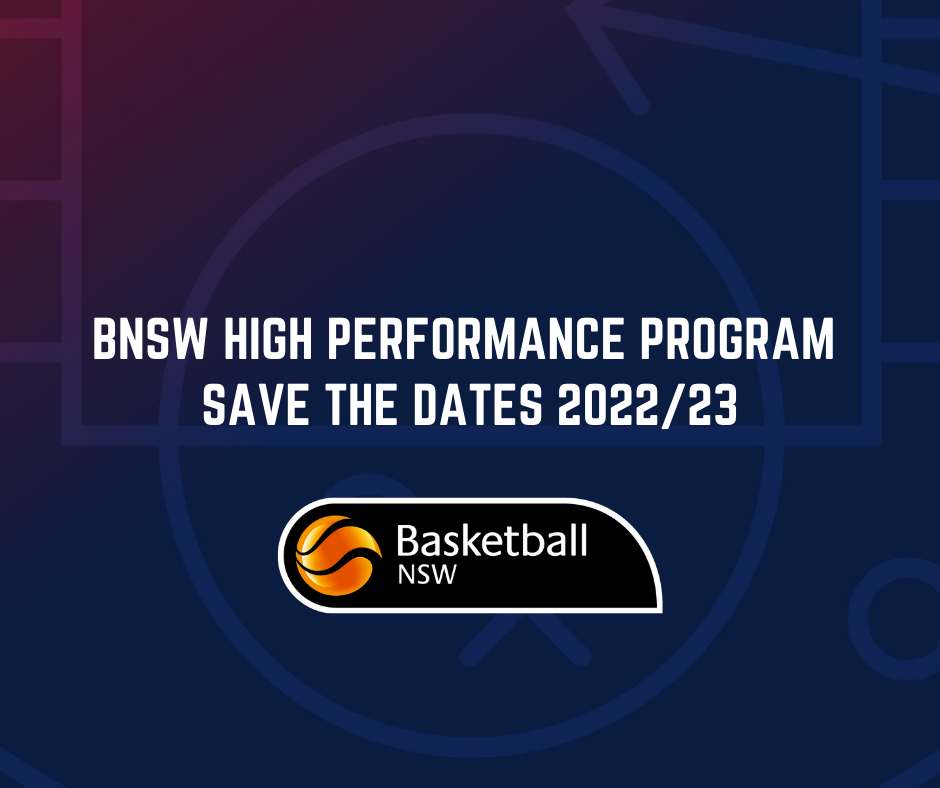 Basketball NSW is excited to share further updates to the High Performance calendar for 2022 and start of 2023. Please note that registrations will open at a later date for all trials. Keep an eye out on our website for the latest updates.

Dates and venues have now been scheduled for September for our U14, U16 and U18 Country High Performance trials. These will be held over two days (with parents to provide accommodation and transportation following each day). These trials will serve in the selection of squads for the State Performance Program (SPP) and the U18 Country State team. The trials will also assist with the identification and selection of athletes for D-League and the January Development tournaments. 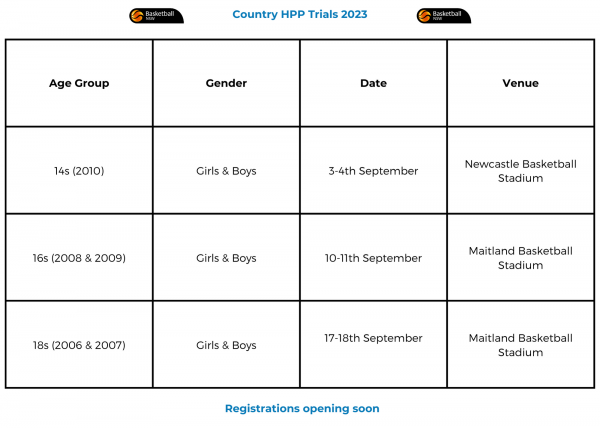 Dates and venues have now been scheduled for September for our U14 , U15, U16 and U18 age groups. All the Metro trials will be one-day trials. These trials will serve in the selection of the squads for the State Performance Program (SPP) and the Developing Athlete Program (DAP). The trials will also assist with the identification and selection of athletes for D-League and the January Development tournaments. 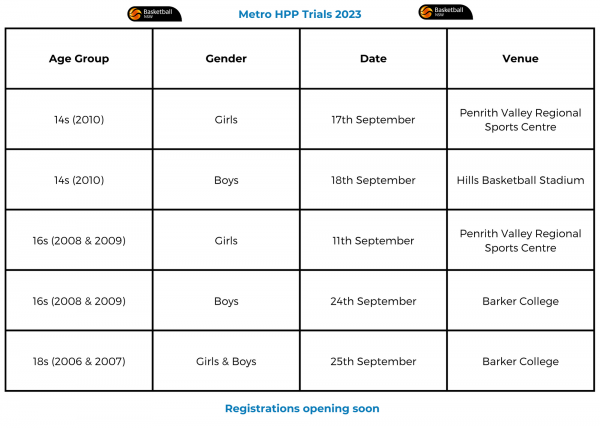 These trials will be held separate to the Metro HPP trials. The first trial will be an open trial, following this trial selected athletes will be invited to the second trial. Once the second trial is completed a squad will be selected that will participate in the ‘East Coast Challenge’ in January as the final piece to selection of the team. 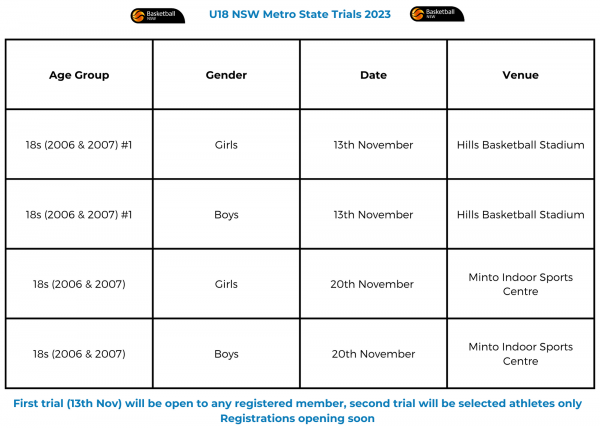 U20 and Ivor Burge State teams

Initial trials will be set in September prior to the HSC starting, then we will pause until the completion of the HSC and have 2 more trials in November, where we will be selecting the final team. Further training sessions will be scheduled in January.

We will be returning to our usual D-League format where Country and Metro athletes are able to play together in the same team and be coached by different coaches. This year we are expanding to include two more teams per age group to allow more athletes and coaches an opportunity to be a part of this great event in our calendar. Athletes and coaches will be selected from the High Performance Trials in September. We will have more information in the coming weeks;

For the first time since 2020, interstate competition will return which is fantastic for our athletes and coaches. We will have more information to come in the coming weeks;

Basketball NSW General Manager of Coaching and Development, Brett Coxsedge is excited to see the return of the various Development and High Performance opportunities again after what has been a tumultuous time due to the disruptions caused by COVID in the past 12 months.

“It has been great having all the kids back on court this year playing in competitions again. Basketball NSW looks forward to continuing with this return to normality by offering various programs and playing opportunities so our players, coaches and referees can continue with their development. Our players’ readiness for the future will also be greatly aided by the chance to play against our intrastate rivals in January.

Please click the following links on the Basketball NSW website for further information for the HPP Trials, D-League and State trials.