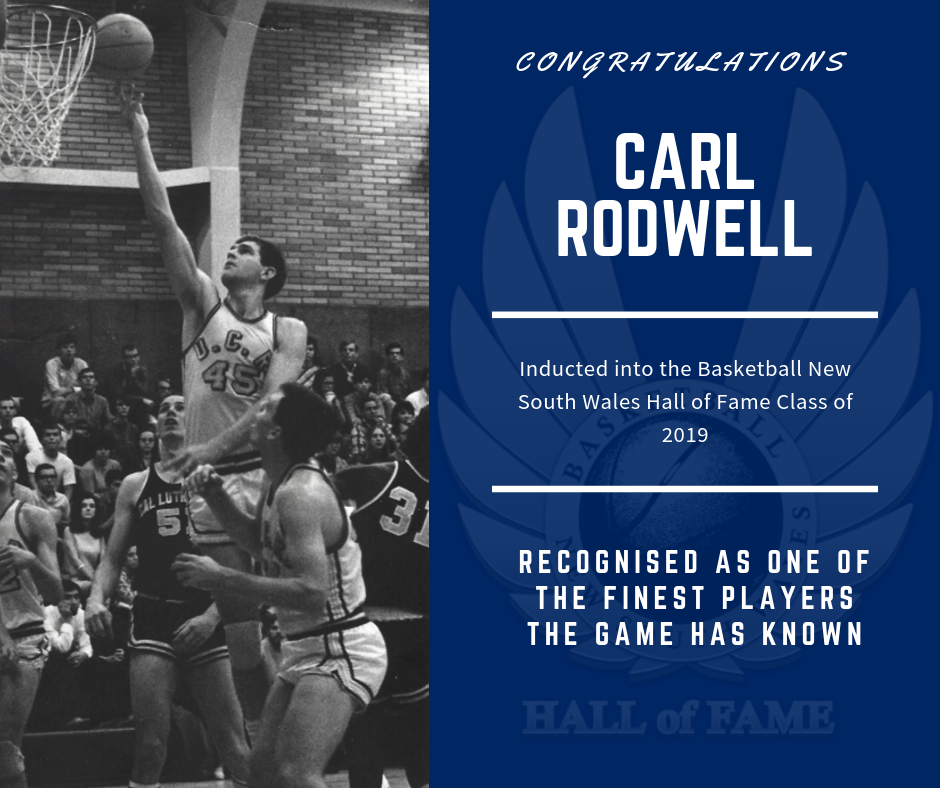 Hailing from Cowra, Carl Rodwell began his illustrious & trailblazing career in basketball at an early age.

Carl first represented New South Wales in 1960 & 1961 in the Under 18 Australian Junior Championships followed by his representation in the Open’s division in 1963 & 1964.

He was also instrumental in playing an important role in the Under 18 State Title in NSW in which Cowra won the competition during this time.

In 1964, Carl was first named in the Australian Boomers Squad for the 1964 Tokyo Olympics in which he averaged 6.3 points per game as Australia finished a respectable ninth and he was once again selected for the 1968 Mexico City Olympic Games.

Following the 1964 Olympics, Rodwell started his college basketball career at UC Riverside in 1965, where he finished his career as the school’s fourth-highest all-time scorer and rebounder during his four years at college. He set a single game record of 38 points in a game and is still listed as the fourth highest individual in their history to reach that milestone.

After his graduation from UC Riverside, Carl was drafted by the Atlanta Hawks in the 20th round of the 1969 NBA draft, with the 217th pick overall. Despite never playing a game in the NBA, Carl was a pioneer for Australian basketballers as he paved the way for many of the Australians competing in the National Basketball Association today, as the first Australian to be drafted to a team and the first to be recruited and play at a US college.

Carl continued to play senior basketball throughout America and around the world during the 1980’s but then forgoed basketball for a business career. Despite his career change, Carl maintained his love for the game, competing in numerous World and US Masters games for many years. Carl was also appointed co-commentator for Network 10 at the 1984 Olympics in Los Angeles.

Carl was later inducted into the UC Riverside Hall of Fame in 1991 for his immense and long-standing records at the college. Carl also coached his three sons until they reached High School level.

As a dual Olympian and the first Australian to be drafted in the NBA, Carl’s pioneering act is most deserving as a 2019 Hall of Fame inductee.