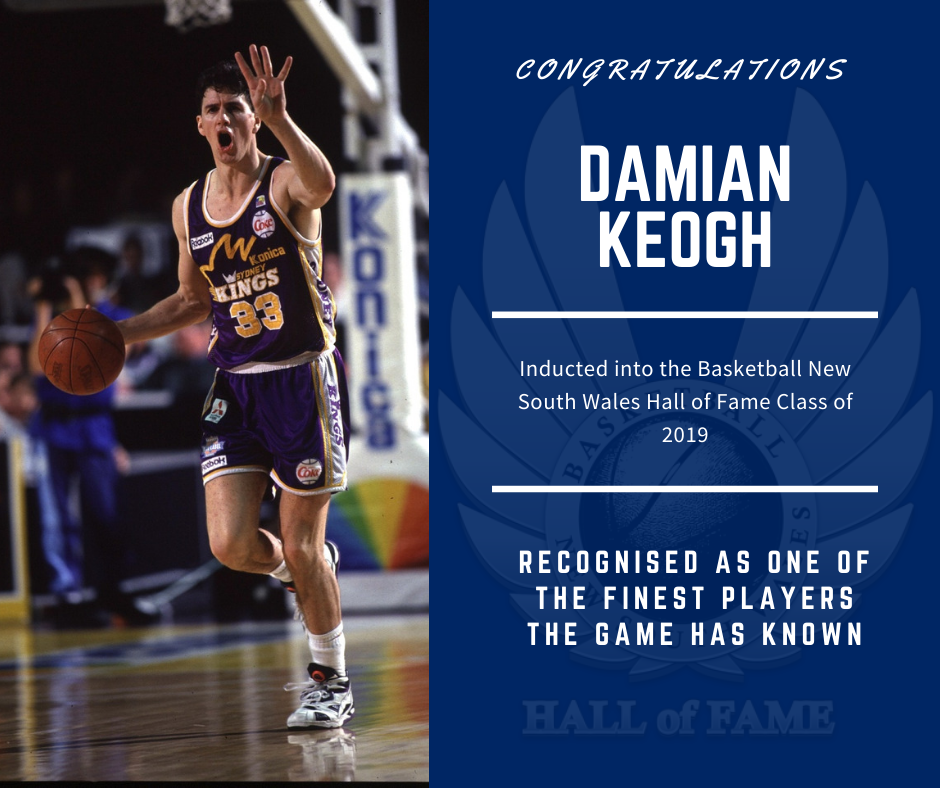 Damian ‘Threeo’ Keogh is one of Australia’s most recognisable and leading basketball figures we have seen play the game.

During his illustrious fifteen-year international basketball career, Damian was consistent at making his mark on the Australian and World Basketball stage.

He wore the green and gold on more than 200 occasions including three Olympic campaigns – Los Angeles in 1984, Seoul in 1988 and Barcelona in 1992. He also was a part of several Boomers squads that competed at three World Championships.

Following his success at the National level, Damian joined the Sydney Kings in their formative season in 1988 in the NBL (following his years at the Nunawading Spectres, Bankstown Bruins & the West Sydney Westars).

After their inaugural year, he was appointed captain of the side in 1989 and continued in his leadership role until his retirement at the end of the 1995 season.

As captain, he lead the Kings to two semi-finals in 1989 and 1992 and lead the King’s all-time records in points and assists. He was also named the Kings Most Valuable Player in 1990 and is one of a handful of players to have played more than 400 NBL games.

His illustrious career has been acknowledged with inclusions into the NBL Hall of Fame and the NSW Sports Hall of Champions and in 2013, was named in the Sydney Kings’ 25th Anniversary Team.

Following his retirement, he made the transition into the corporate world and presided over a number of boards across Australia utilising his expertise of the game and business knowledge, including Basketball NSW and Basketball Australia. He also was involved in the Sydney Olympic Games bid team and the General Manager of Sports Marketing for the Seven Network, overseeing the marketing of the network’s entire sports portfolio. Damian currently is the President & CEO of The Hoyts Group.

Damian Keogh’s everlasting dedication and passion for the green & gold and to the Sydney Kings is a pivotal and proving point on why he is a well-deserving inductee into the Basketball NSW Hall of Fame Class for 2019.