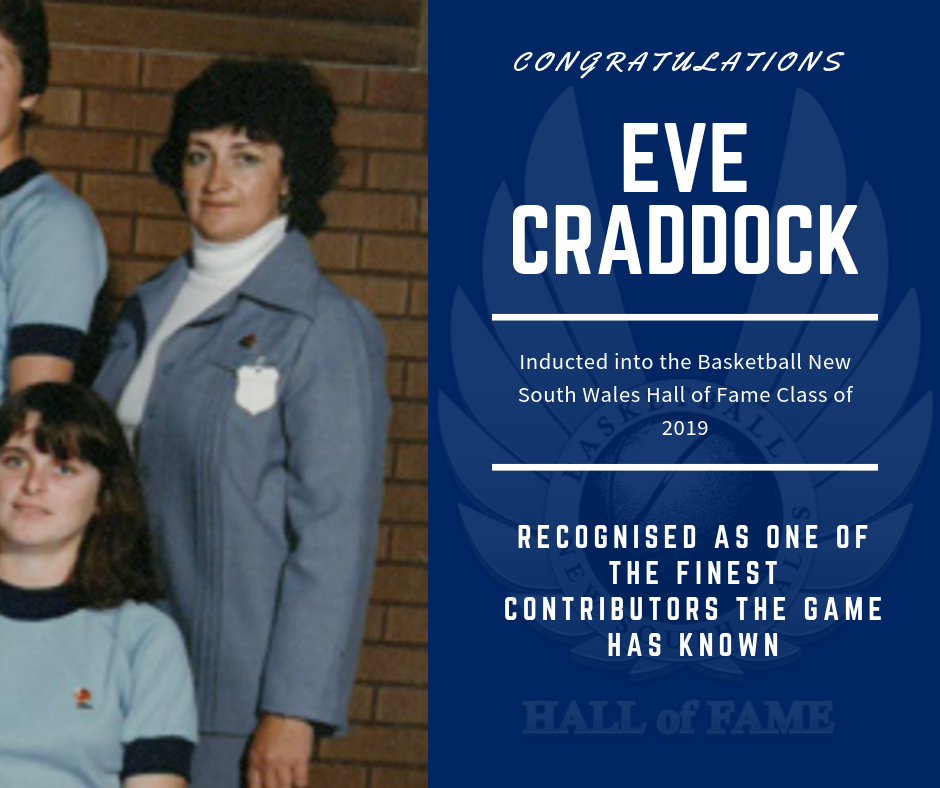 Eve Craddock has a long lustrous career in basketball since her days with the Shoalhaven Basketball Association back in the 1970’s.

Eve had her first touch of basketball when she became a Board Member of Shoalhaven in 1974 before she was elected to Secretary of the Association in 1986.

While active with Shoalhaven in the eighties, Eve also was a delegate to the Barrengarry Conference in 1985, the only conference still in operation today as well as Manager to the Shoalhaven men’s team for ten years, 1974-84.

Eve went onto further her highly regarded position in basketball when she was recognised nationally for her efforts with appointments as the manager to the New South Wales Junior Women’s team in 1987 and the Head of Delegation for the Australian Women’s Team which toured China in 1987.

In addition to her Australian and Delegate team duties, Eve was also accredited with a State Badge for refereeing and was a long-time member of various technical committees at Australian Championships.

Since her early days with Shoalhaven Basketball, Eve has dedicated most of her life to basketball in every way possible and is a true recipient of the Hall of Fame induction.