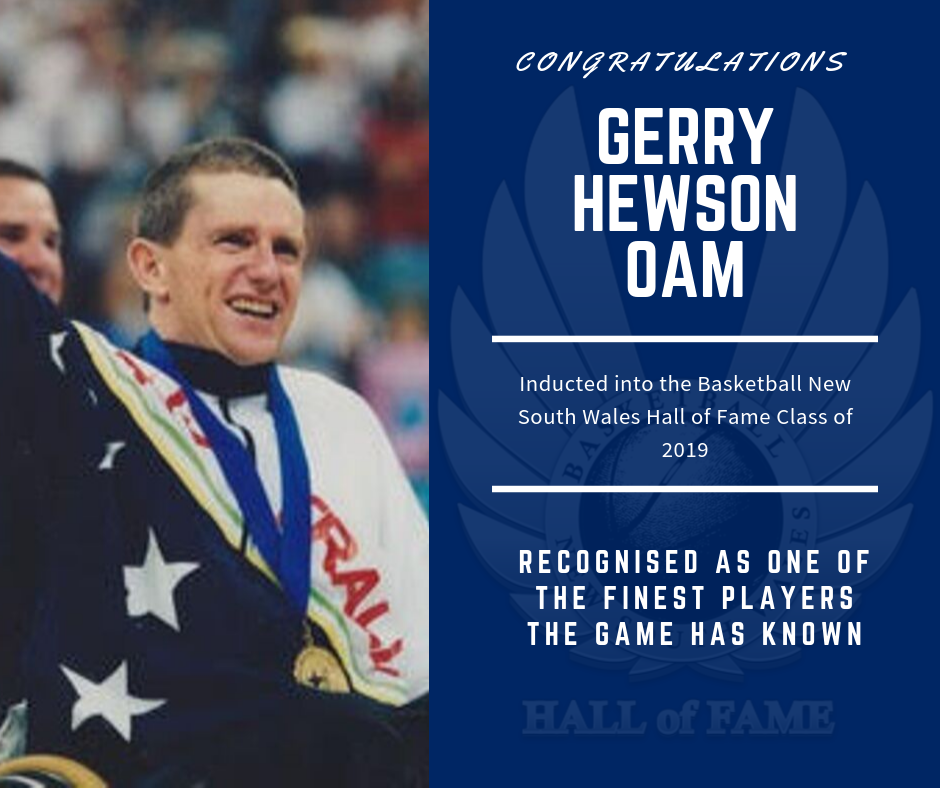 Gerry Hewson OAM is one of Australia’s most recognisable Paralympians in the sport of Wheelchair Basketball.

Hailing from the New South Wales town of Young. Gerry was injured in a motorcycle racing accident in Tamworth 1980. Gerry had a go at wheelchair basketball as part of his rehabilitation. He said “It was crazy. Blokes flying up and down the court, smashing into each other, falling out and most of all was having in fun”. Gerry’s career in basketball started a little later in life at the age of 24.

It wasn’t long after he picked up a basketball, he was selected as a member of the Australian Men’s National Wheelchair team in 1986 for the Stoke Mandeville International games. In that competition, the Rollers won Gold. From his appointment in the National side, Gerry went on to compete at four Paralympic Games from 1988 to 2000 and the World Championships in 1990 Belgium, 1994 Canada and 1998 Sydney.

He won the first-ever senior men’s Gold medal for Australia during the 1996 Summer Paralympics in Atlanta, for which he received a Medal of the Order of Australia. From there, Gerry continued to impress in the National Wheelchair Basketball League and was named as the Low Point MVP of the tournament in 2001. In 1999, 2000 and 2001, he was also named as part of the league’s All-Star Five.

Following his playing days, Gerry changed his focus to coaching numerous national teams and in 2002 was named Assistant Coach of the Gliders, the Australian Women’s National Wheelchair team who came in third at the 2002 Gold Cup. Succeeding as Head Coach the following year, he coached the team to a Silver medal at the 2004 Summer Paralympics in Athens and to the Bronze medal at the 2008 Summer Paralympics in Beijing.

During this time, Gerry also began his coaching career in the NWBL as Head Coach of the West Sydney Razorbacks from 2004 to 2006. During this time also guided the team to championships during the 2004 and 2005 seasons.

Gerry was also named as the head coach for the Women’s National Wheelchair Basketball League’s Sydney Uni Wheelkings in 2011 and also served as the head coach of the Women’s Under 25 National wheelchair basketball team during the same year. At the inaugural Under 25 Women’s World Championship in Canada in July of 2011, he successfully steered the team to a podium finish in second place.

As one of Australia’s most successful Wheelchair Basketball athletes and coaches, Gerry has been an affluent supporter of the sport nationally and is more than exemplary inductee into the 2019 Basketball New South Wales Hall of Fame Class.

If you have any questions regarding the 2019 HOF, please contact Elyse Hicks via email elyse.hicks@bnsw.com.au