I AM A GIRL LEADERSHIP SCHOLARSHIP PROGRAM TIPS-OFF 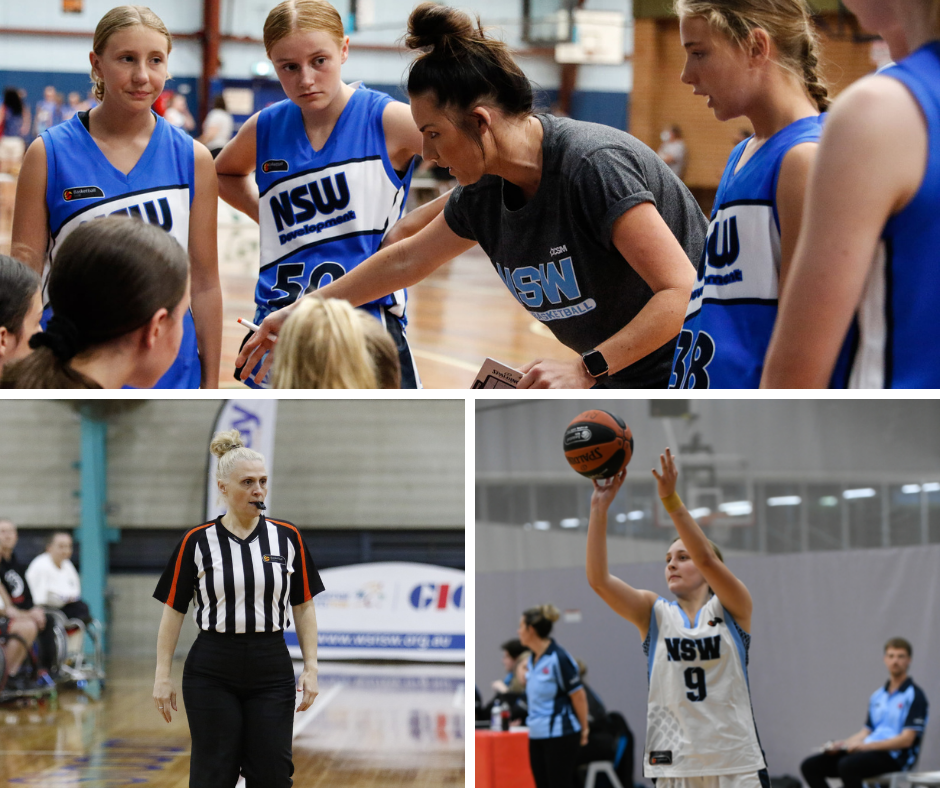 Basketball NSW in partnership with the NSW Government and the 2022 FIBA Women’s Basketball World Cup is thrilled to announce that the inaugural I AM A GIRL (IAAG) Leadership Scholarship Program tips off next week in line with the start of the Australian Opals Olympic campaign.

The IAAG Leadership Scholarship Program is offered free to selected female players, coaches, referees, statisticians, scoretable officials, team managers, and administrators and includes a 12-month holistic program designed to encourage and inspire women and girls right across NSW. It aims to provide additional education and specialised training to develop skills in basketball, teamwork, interpersonal skills, knowledge of the game as a whole and in their area of interest.

So far, across NSW there have been 240 Leadership Scholarships offered to females in various roles within the game, aged from 15 and above to further develop their leadership and growth potential outside of a basketball court.

The first phase of the scholarship program will be rolled out next week ahead of the Australian Opals second game at the 2020 Tokyo Olympics via an online Panel of female sporting icons. The exciting line up will feature a highly esteemed panel of guest speakers set to share their own unique experiences in sport with our scholarship holders to begin their journey within the program.

Leadership Scholarship holders will hear from the panelists as they cover an array of topics including thoughts on leadership and goal setting as well as gain further insight into the world of professional sport and the powerful role females can play.

Following the first online Panel presentation, Leadership Scholarship recipients will be then invited to attend eight online education sessions across the next 12 months that will assist in their development within their chosen career path. These education sessions will be designed to fit criteria for each individual area as well as having access to guest speakers from a variety of topics and backgrounds to help build confidence and connections in our female basketball community.

The program will also include various networking events and, after the completion of the program, participants will be involved in a community project of their choice to impart their newly gained skills and experiences within their basketball community.

Basketball NSW, CEO, Maria Nordstrom, also expressed her appreciation of the inclusivity of the program and the benefits that will be achieved throughout the next twelve months.

“On behalf of Basketball NSW, I would like to extend my gratitude to both the NSW Government and the 2022 FIBA Women’s Basketball World Cup in their support of the I AM A GIRL initiative including our Leadership Scholarship Program,” said Nordstrom.

“This Leadership Scholarship Program has been designed to assist in supercharging personal and professional growth, giving women from all areas within basketball the confidence and skills to take their knowledge to new heights. We are very excited to offer over 200 free scholarships this year and next year and in turn we hope their legacy within the game continues long after the programs conclude.”

I AM A GIRL Leadership Scholarship Online Panelists:

I AM A GIRL Leadership Scholarship Online Panel
Date: Friday 30th July 2021
Time: 7:00-8:00pm
Where: Zoom details will be emailed to all recipients

Basketball NSW will also appoint Ambassadors that are shining examples in our sport and announce the IAAG Leadership Scholarship Ambassadors next week.

The IAAG Program is supported by the New South Wales Government’s Strategic Focus on women and girls in sport through the ‘Her Sport Her Way’ program and basketball’s goal to move towards gender equality.

It is a part of the overall NSW Legacy Program Pillars, which includes:

A number of activations will be rolled out each year leading up to the FIBA Women’s World Basketball Cup 2022.

Click HERE to be redirected to the I AM A GIRL webpage.

The I AM A GIRL Leadership Scholarship Program is an initiative under the NSW Legacy Program for the FIBA Women’s Basketball World Cup 2022, proudly funded by the NSW Government.