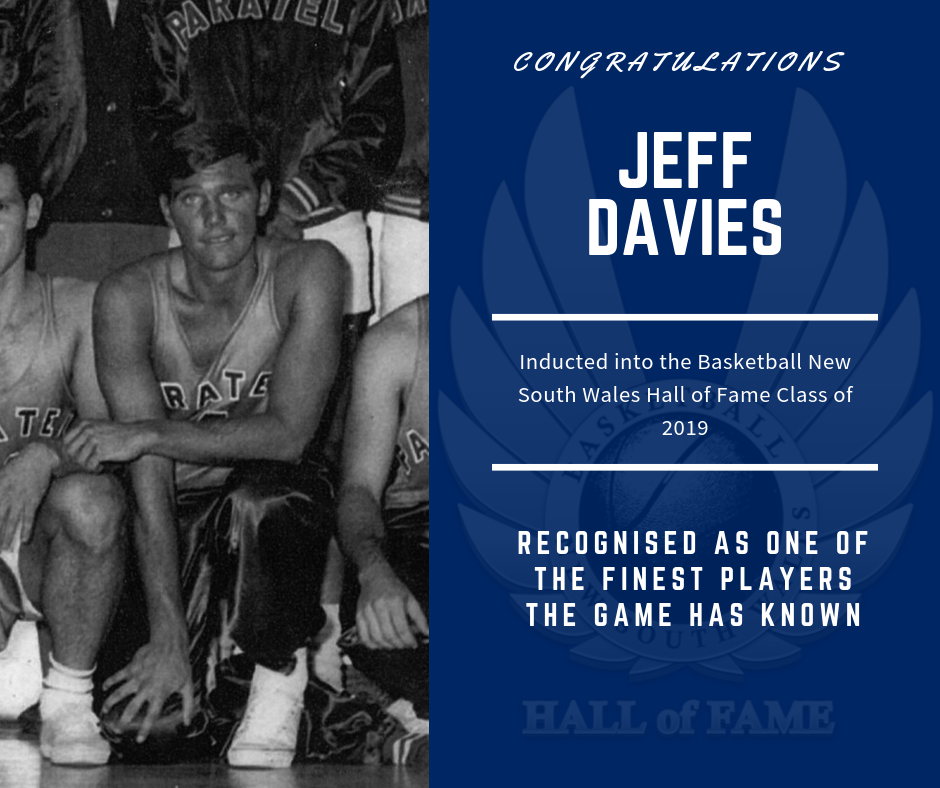 Jeff Davies embodies the resilience and esteem of one of our most distinguished players to contribute to the Basketball NSW community.

Jeff began his honoured career in basketball at an early age as he started to play at the Moore Park Playgrounds. From here, his early dedication was displayed by his selection in numerous NSW State Teams during the 1960’s.

He was also named MVP of the Sydney Competition in 1967 and played in the South Eastern Conference in the same year.

In 1968, his efforts were noticed by national selectors with his inclusion in the Australian Men’s squad and was a reserve for the 1968 Olympic Team.

In 1969 he was also a dedicated member of the Paratels team that won the State title and who won the inaugural Ampol Cup against the best Club teams in Australia.

Following his years with the Paratels, he began his transition into coaching in 1972 as he was captain-coach of the St George Men’s Team. He was also awarded the Jack Small Medal in 1972 in the Sydney Championships.

Once Jeff had his first taste of basketball, he never stopped. He played for NSW for eight years, won four Gold medals, won four Jack Small Medals and perhaps was the youngest player at 16 to represent NSW at the senior level. He was a brilliant player and a devoted supporter of basketball in NSW.