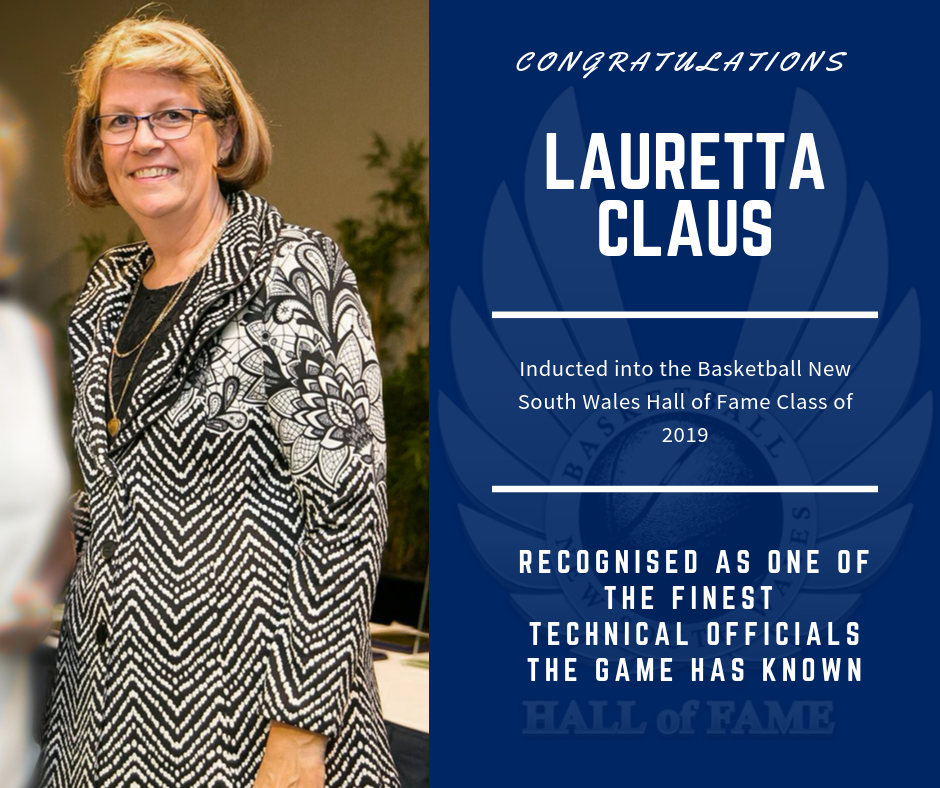 Lauretta Claus is known by the basketball community for her devotion and passion for the game, in particular for her dedication to developing statisticians across Australia.

Lauretta first represented NSW as a player at the U/18 & U/20 Australian Junior Championships for four years between 1979-1982. She also represented Australia at the World University Games in 1982 before playing in the Women’s National Basketball League between 1983 to 1986 for the Bankstown Bruins. In 1985, Lauretta became an accredited NSW referee and thus began her expertise of the sport.

Lauretta’s love for basketball and statistics grew from her time at the Bankstown Basketball Association when the Bruins first started participating in the National Basketball League.

Lauretta has also been the head statistician for the Sydney Kings since 1988 and has been a leading light in the teaching of stats across the NBL and state based associations.

She has overseen numerous national and international events as the Statistics Coordinator which includes; the 1994 FIBA Women’s World Cup & Men’s World Cup, Wheelchair Basketball World Cup in 1988, Sydney 2000 Olympics and Paralympic Games, Goodwill Games in 2004, Commonwealth Games in 2006 and 2018.

After being appointed the Lead Stats Instructor by FIBA Oceania in 2015, she helped create the FIBA Stats Project which aimed to create clarity and consistency in how stats are captured internationally and assisted in creating the FIBA Stats Licence which is now a prerequisite for any statistician to earn before working on an international game.

In her role as FIBA Oceania Lead Statistician, Lauretta also has had the opportunity to review Eurobasket and World Cup qualifier games remotely by tracking the play-by-play with games tapes and then making any necessary edits to ensure consistent interpretation.

Most recently Lauretta further represented Australia at the 2019 FIBA World Cup in China as part of the panel that reviews games during the tournament. During the tournament, Lauretta was in charge of analysing games in real time to assist in giving immediate feedback to the panel of statisticians working each game to benefit in their education.

When she is not assisting in international tournaments, Lauretta is always on hand during the Spaling Waratah League, and has been a feature on the scoretable for numerous finals weekends.

Lauretta brings years of statistician experience and education to the game, and is currently on the Basketball New South Wales’ Board. She is certainly a trailblazer for statisticians and is held in high esteem in Australian and around the world. Lauretta is a well deserving inductee of the BNSW 2019 Hall of Fame Class.