Matthew Nielsen inducted into the NSW Hall of Champions 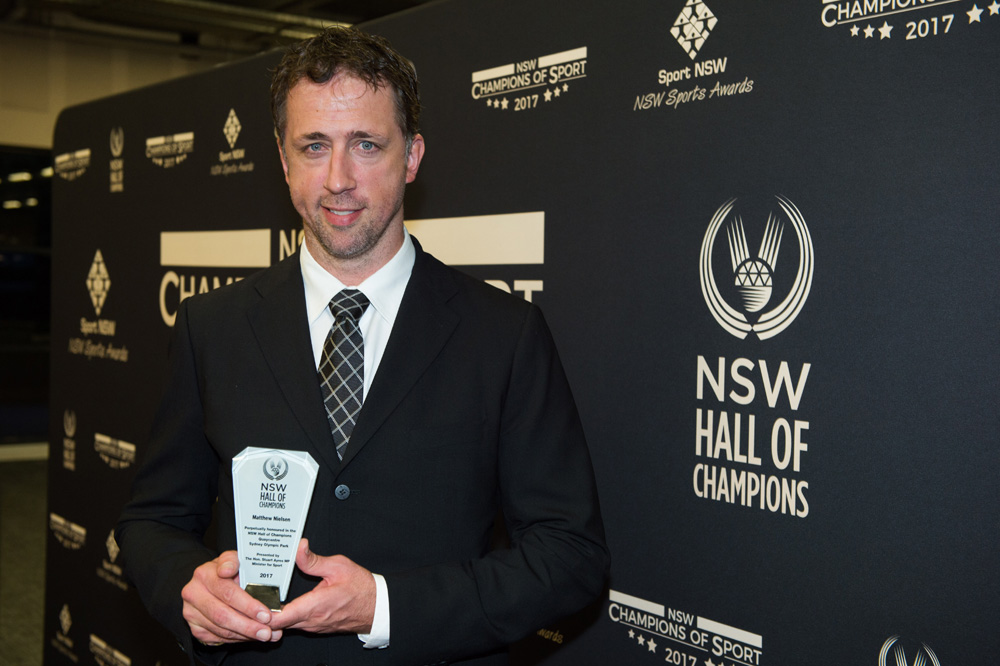 Three Olympic Games, Sydney Kings veteran and a stellar European career has placed Matthew Nielsen as one of the greatest basketball players to have emerged from NSW.

Starting with the Sydney Kings as a 17-year-old schoolboy in 1995, Nielsen won the NBL Rookie of the Year in 1997 and was on the Australian Junior Team which won gold at the World Championships. He helped the Kings win the 2003 and 2004 NBL Championships, and was awarded the season and Finals MVP and named Australian International Player of the Year in 2004. Playing for the Kings over nine seasons, in 244 career games, Matthew averaged 17.5 points, 8.0 rebounds, 2.6 assists, 1.0 steals and 1.5 blocks per game.

Positioned as a power forward, Matthew moved to Europe in 2004 where he played for teams in Greece, Lithuania, Spain and Russia. He was Baltic League Champion in 2006 and 2007 and won Eurocup Championships in 2010 and 2012. In 2010 he was named Eurocup Finals MVP and collected All EuroCup First Team honours.

Playing for the Australian Boomers, Matthew’s distinguished career saw him captaining his country at two Olympic Games – 2008 in Beijing and 2012 in London. He competed at the Athens 2004 Olympic Games and won gold medals at the 2001 Goodwill Games, and the 2003 and 2005 FIBA Oceania Championships.

In 2013 Matthew was recruited as a big-man coach for the Perth Wildcats, becoming a full-time assistant coach. An inductee into the King’s Wall of Legends and the Basketball NSW Hall of Fame, in 2013 Matthew was named in the Sydney Kings 25th Anniversary Team.