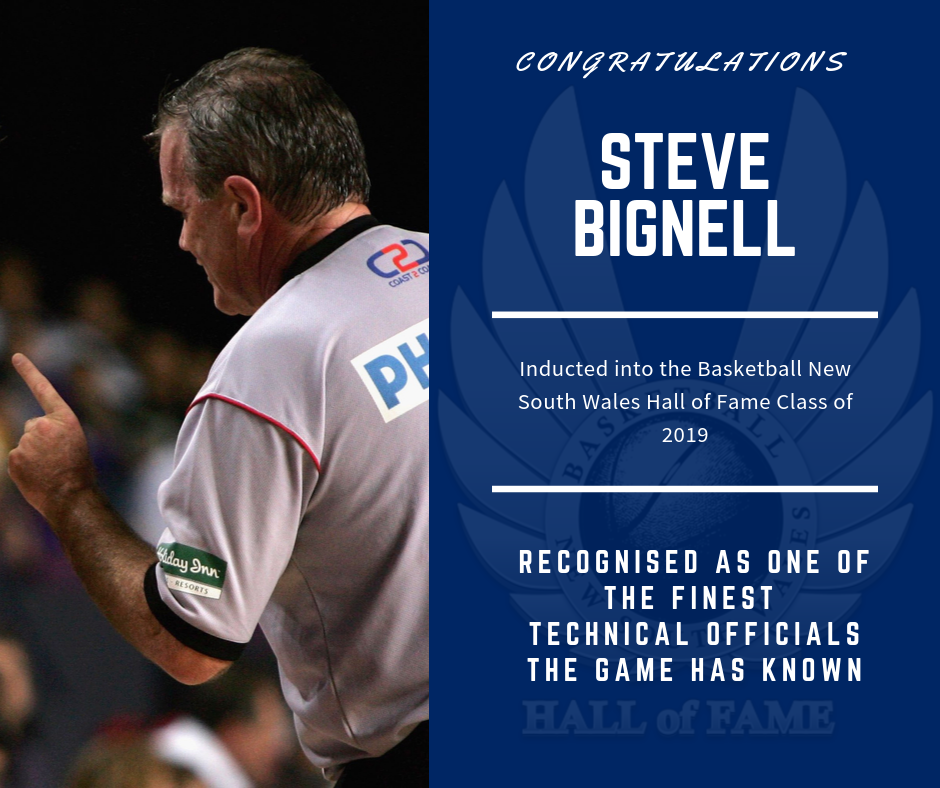 Highly regarded and former National Basketball League referee, Steve Bignell is the latest to be inducted into the 2019 Basketball New South Wales Hall of Fame.

Following his efforts at the Australian Junior Championships, he was awarded his Australian Referee Badge in 1981 and gained his FIBA badge in 1986.

Steve’s first game as an official National Basketball League referee was on the 13th of February, 1983 when he officiated the match between the Adelaide 36ers and the Bankstown Bruins at Bankstown.

During his decorated 28-year career as an NBL Official, Steve is one of just six referees in NBL history to surpass the incredible 600-game mark, totaling 606 matches.

Since retiring from refereeing in 2008, Steve has undertaken a Master’s degree and has taken up teaching mathematics full-time at a high school in Ballina, NSW.

Steve has generously given a lot of service to the NBL and to the basketball community, and has left his mark on the game in such a positive way his induction into the 2019 Basketball New South Wales Hall of Fame is no surprise considering his unwavering dedication to the sport.