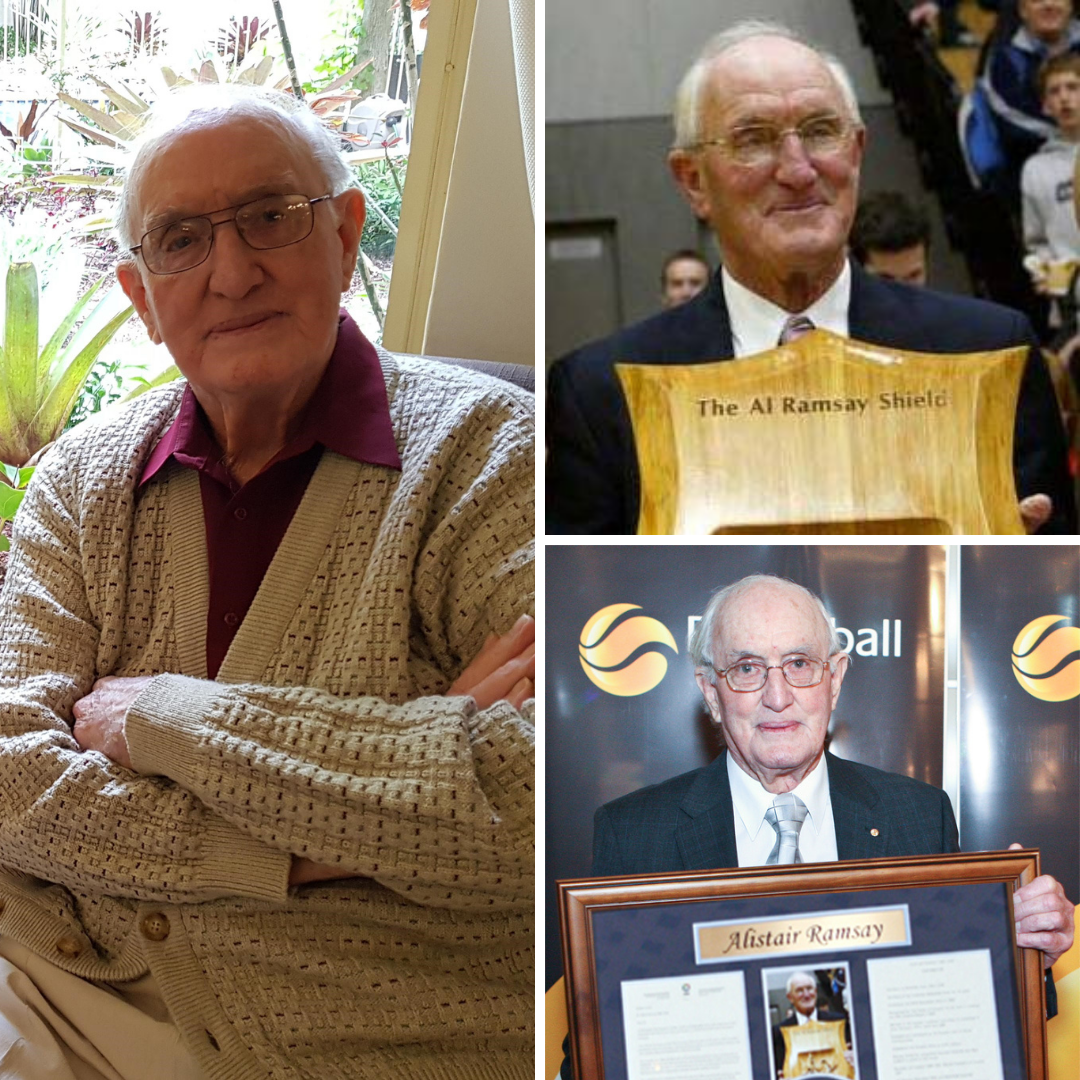 Basketball NSW is saddened with the news of the death of Basketball NSW Life Member and Hall of Fame Legend, Mr Alistair Ramsay MBE OAM.

Al Ramsay, one of the greatest contributors to Australian and Oceania Basketball, passed away on 14th October 2021 following a short stint in hospital.

Born in Wauchope, on the NSW Mid North Coast, graduating from Taree High School, Al soon after enlisted in the Royal Australian Air Force in the Second World War.

His post-war career as a Physical Education Teacher including studies in Canadian Universities kindled his interest in basketball leading to being BNSW Secretary in 1954 for a 10-year stint including establishing the first full-time office for BNSW including leading the way to achieve Sydney’s first basketball owned facility at Alexandria.

Al served as Secretary for the Australian Basketball Union, now Basketball Australia for 14 years becoming very involved in administrative functions for FIBA – the International Basketball Federation, serving on the FIBA Central Board for 25  years.

Importantly, Al took on the role of developing basketball in the Pacific Region, and in 1968 at the FIBA Congress in Mexico City, was rewarded with FIBA formally establishing the Oceania Zone as the fifth Zone for FIBA globally. Al developed the model of employing Zone Development Officers who were employed from Australia and spent considerable times in each Island nation seeking to improve the playing, coaching, refereeing and administrative standards of the Island Federations as well as establishing a full-time FIBA Oceania Office in Coffs Harbour, NSW, serving as the Secretary-General for 31 years to 2001 when he handed over the role to Steve Smith.

Over a long career, Al was involved in the conduct of 10 Olympic Games and as many World Championships and served on the Technical Commission for the 1972, 1976 and 1980 Olympic Games Basketball Tournaments.

His continuous contribution for the good of the game was renowned, there’s also regional competition named after him, the Al Ramsay Shield.

The Al Ramsay Shield is an international men’s basketball series played between the Australian Boomers and the New Zealand tall Blacks and the competition is played in conjunction with the FIBA Oceania Championships.

Basketball NSW would like to extend its deepest sympathies to Helen, Alison, Donald and their extended family and friends.