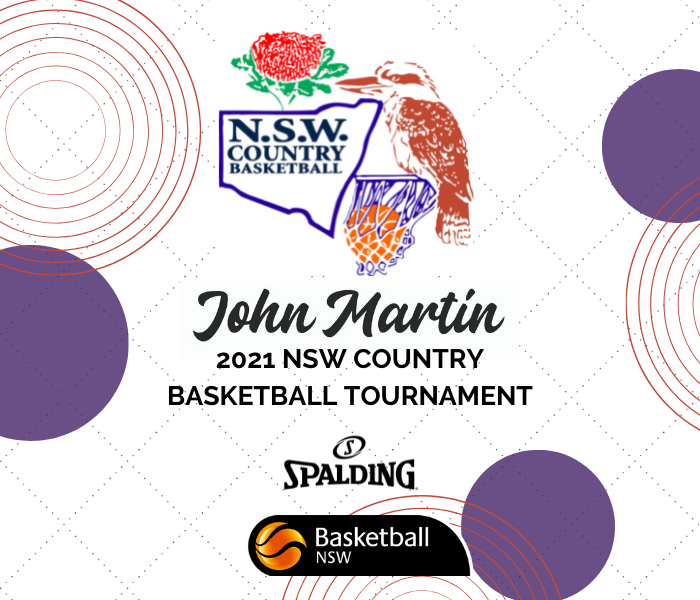 Basketball New South Wales in conjunction with the BNSW Country Committee is pleased to share that the John Martin Country Tournament is back in 2021 after the Covid-19 Pandemic put a holt on last years event.

The event caters for ages from Under 12- Under 18 in Premier Division, Division 2 and Division 3 and U12 Development Division Boys & Girls that play for a Country Association.

BNSW would like to wish all athletes, coaches, managers, officials and volunteers all the very best of luck in the upcoming three day tournament and thank all those who contribute to this event to make it the success it is.