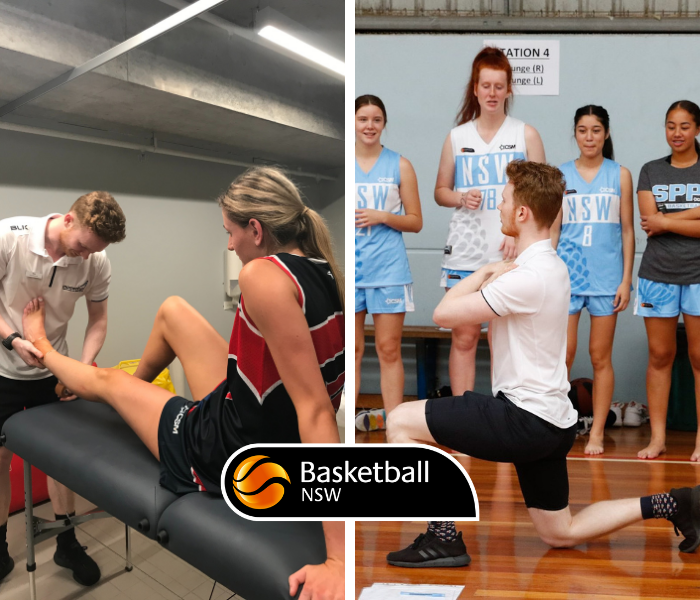 The area of athlete well-being, health and physical development is an important part of being a pre-elite athlete. Basketball NSW has recognised the importance of these areas by partnering with a number of providers who are working within our Development and High Performance Programs.

Momentum Physiotherapy and Health Services return for a second year, having been involved with BNSW last year. Momentum has clinics situated in Bella Vista, Mosman, North Sydney and the Sydney CBD. Their services include Physiotherapy, Massage Therapy, Exercise Physiology and custom-made orthotics.

So far, Momentum have been in attendance at the BNSW D League and will also be present at the State Performance Program (SPP) camps in December and all of the Development Tournaments scheduled in January. Momentum will also travel with BNSW State teams to Australian Junior Championships in 2021.

As part of the official partnership, all Basketball NSW registered members will also be able to receive discounted rates by providing their membership details upon booking an appointment with Momentum.

Dr. Bird will head up the functional movement screening and physical testing of the BNSW SPP athletes. He will also conduct educational seminars and assist with the area of strength and conditioning, including load management.

The final piece to the puzzle is BNSW partnering with Sportly.Me (an App based program) to provide athletes with an interactive platform to monitor physical and mental wellbeing, including tracking training loads, sharing workouts and acting as a communication interface between coaches, athletes and parents.

“We’re excited to work closely with Momentum, SPB International and Sportly.Me with our Development and High Performance Programs. Their involvement will make a difference to the  holistic development of the athletes which is something that we at BNSW are very conscious of” BNSW General Manager of Coaching and Development Brett Coxsedge said.