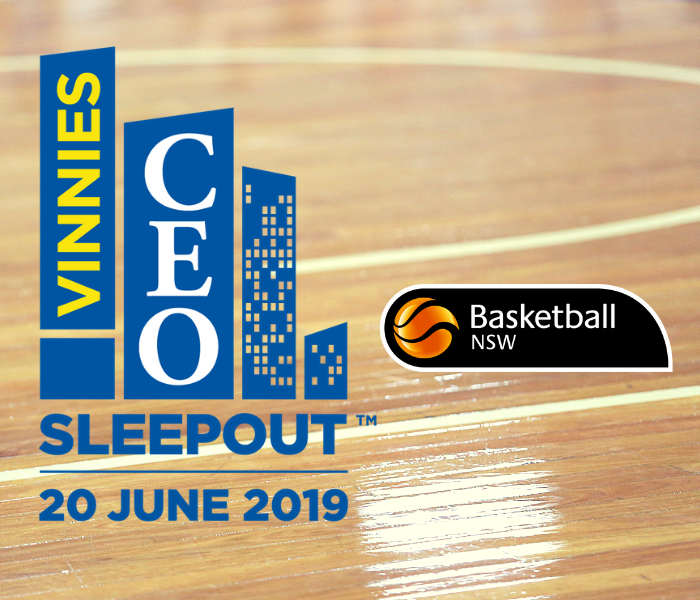 Chief Executive Officer of Basketball New South Wales, Maria Nordstrom will be joined by a host of prominent NSW basketball figures in this year’s annual Vinnies CEO Sleep Out.

Each year the St Vincent de Paul Society holds a national event, the Vinnies CEO Sleepout, to raise awareness of the growing issue of homelessness. It challenges business and community leaders to sleep rough for one night and raise funds to combat the issue. Each night, tens of thousands of Australians sleep without a roof over their heads.

Nordstrom said the Vinnies CEO Sleep Out would be a valuable experience for herself and her basketball counterparts as she hopes it will inspire other influential managers across all facets of life to assist in unpacking complex economic, social and mental issues that may lead to homelessness.

“The annual Vinnies CEO Sleep Out is immensely important in raising awareness of the issues linked to homelessness, lack of affordable housing and the issues that can face every day Australians into poverty,”

“I am inspired to be joined by such a large number of the NSW Basketball community, in the hopes that our sport will aid in shining a light on these issues that lead to people spiralling into poverty and raise important funds for the St Vincent de Paul Society.”

“I truly believe we all need to act as a whole community across not only NSW, but Australia when it comes to doing something about homelessness and lack of housing.”

The Vinnies CEO Sleepout is your opportunity to make a difference.  Since its inception in western Sydney in 2005, the CEO Sleepout has raised more than $30 million to assist Vinnies homeless services around Australia. Participants will also hear firsthand the brave and courageous stories from people who have experienced homelessness.

Please help us raise money for the homeless – it can happen to anyone and everyone at some point of our lives and the Vinnie’s initiative puts both focus on and raises much needed funds for those who need it the most. #helpinghthoseinneed #givetokeepkidssafeandwarm