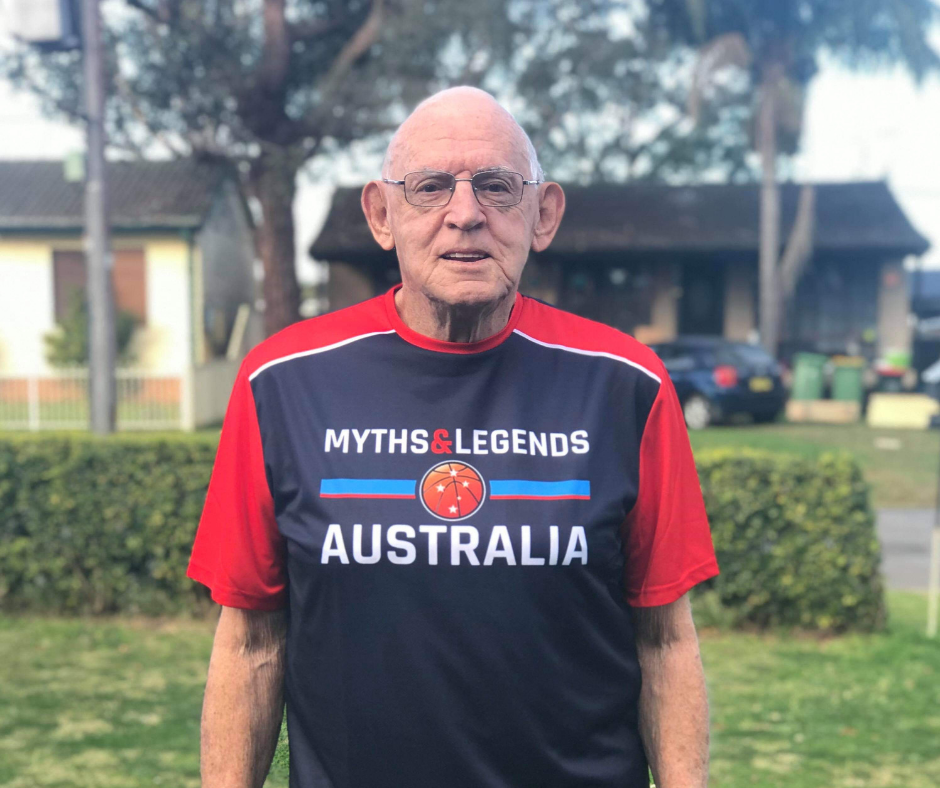 At the ripe old age of 82, Evan Bennett was asked to be part of an Australian team called Myths and Legends to be a part of their Over 75 years of age team to play in The Federal International Maxibasketball Association (FIMBA) tournament held in the city of Espoo, Finland during the month of August.

Needless to say Evan agreed to this invitation so the training began. Some of the players from NSW trained when possible at either Bankstown or Auburn basketball stadiums or he would get up his 100 shots with the ring in his backyard.

This Tournament is held every two years and attracts over 3500 players in age groups from Over 35 years of age up to Over 75 in the women but the men go up to Over 80.

Australia did not have enough players to form an Over 80’s team hence Evan playing in the Over 75’s. They won some games and lost some but played off for 3rd and 4th and despite finishing up 4th they still were awarded a medal.

The next FIMBA tournament will be held in Orlando USA in 2021, time will tell as to whether he will participate then. – Margaret Bennett.

Thank you to Evan & Margaret Bennett for sharing this amazing story with us and our New South Wales Basketball community.