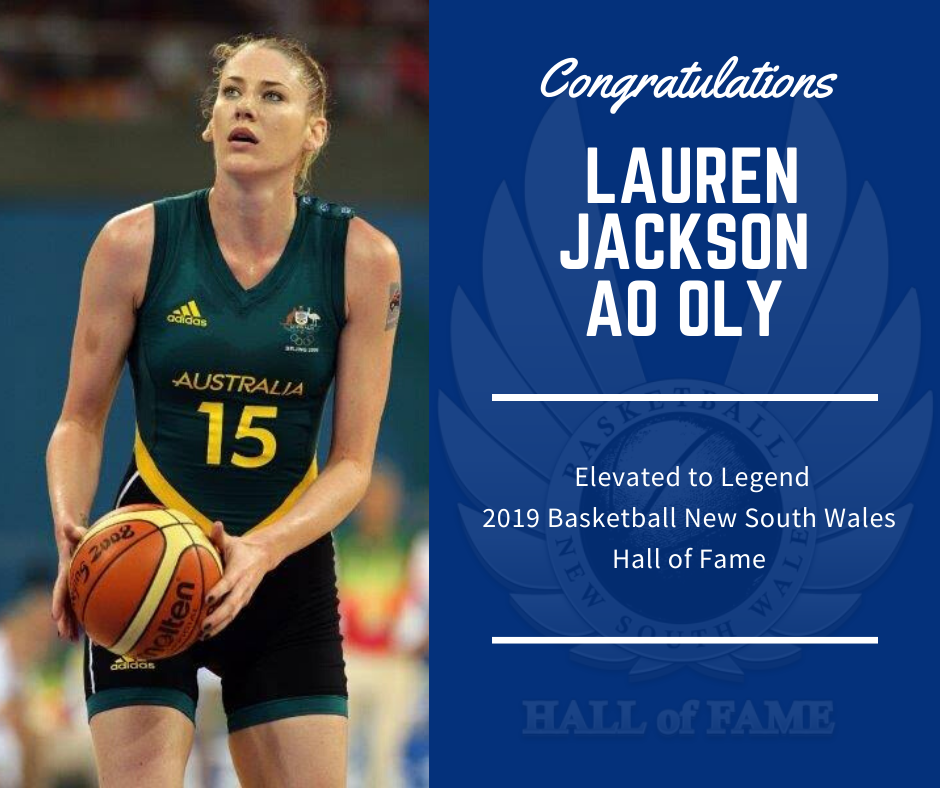 Australia’s most decorated basketballer, Lauren Jackson AO OLY has well and truly achieved everything one could ever dream of achieving in basketball, let alone in the world of sport.

It is through Lauren’s dedication and passion for the sport, that is has seen her become one of Australia’s best-ever sporting assets and an icon for basketball across the globe with her elevation to ‘Legend’ status one to behold.

Hailing from Albury, New South Wales, Lauren was just a child when she wanted to follow her parent’s footsteps into the world of basketball with both her father Gary and mother Maree both being Australia’s national basketball players.

She began playing at the age of 4 and by the time she reached Murray High School, Lauren was identified as a future national player from a number of Australian high-performance selectors.

Through the NSW junior pathway, she represented NSW Country at the Under-16 and Under-18 Australian Junior Championships before winning the Under-20’s title and School Championships with Murray High.

When Lauren was 14, she was offered an AIS scholarship but later joined at age 15 which also saw her make her Australian debut with the Under-20 Gems during the same year and played a pivotal role in their silver-medal winning performance at the 1997 World Junior Championships, averaging 14.3 points (ninth-best) and 9.9 rebounds (third).

The following year, she was selected to join her first Opals team at the age of 16 in 1998, the same year she began her WNBL career with the AIS and won Rookie of the Year. In her subsequent season in the league, Lauren led the AIS women’s team to their first and only  WNBL title during the 1998-99 season. During the same season, Lauren was awarded the League MVP and Grand Final MVP as she top-scored across the board with 23.3 points per game.

In that time, Lauren also took her MVP tally to four with wins in 2000, 2003 and 2004 while she earned six consecutive All-Star awards from 1999-2004. Statistically, her dominance of the league is exemplified by the fact she is only placed 119th for games played but sits 13th for points, tenth for rebounds and fourth for blocks in the WNBL history books.

While the WNBL showcased her remarkable talents to Australian fans, the world was able to see first hand her star power at the 1998 World Championships when a 17-year old Lauren Jackson helped the Opals to their first podium finish at a World Championships, winning bronze.

Two years later, while still in her teenage years, she competed in her first Olympics and the occasion was made even more special by playing on home soil in front of family and friends in Sydney. The Opals walked away with the silver medal with Lauren, as per usual dominant in the final, recording 20 points, 13 rebounds and two steals while she finished the tournament third for points (15.9), fourth for rebounds (8.4), third for steals (1.5) and first for blocks (2.4).

However, one of her career highlights came in 2006 as the Opals claimed an elusive FIBA gold medal, winning the World Championships just six months after claiming victory at the Commonwealth Games.

Following the 2013 FIBA Oceania Championships, Lauren announced her retirement from the national team after 220 games while she also departed as the all-time leading points scorer in Olympic women’s basketball history.

During the height of the WNBA, Lauren was swooped on by the Seattle Storm when she was drafted in 2001 and was also awarded as a WNBA All-Star during her rookie year. Following her selection in 2001, Lauren played 12 seasons and 338 games in the WNBA and is the only player to have their jersey retired by the Seattle Storm. She also achieved numerous accolades in the league, such as a member of the All-WNBA First Team seven times, a seven-time WNBA All-Star, a WNBA Finals MVP, a three-time MVP of the league (2003, 2007 and 2010), member of the WNBA All-Decade Team and a member of the Seattle Storm team that won two WNBA Championships (2004 and 2010).

Lauren Jackson has also been named the Australian International Player of the Year five times (1999, 2000, 2002, 2004 and 2008), the AIS’ ‘Best of the Best’ in 2005, had the Albury Sports Stadium renamed in her honour and was appointed an Officer of the Order of Australia in the 2015 Queen’s Birthday Honours.

In 2018 Lauren was also named in ESPN’s most dominant 20 athletes in the last 20 years across the globe, covering all sports. Lauren was the only Australian to be named in the top 20.

In 2019 Lauren was also inducted into the NSW Hall of Champions.

Currently, Lauren resides as the head of women’s basketball in Australia, working closely with the WNBL and Basketball Australia to empower and grow the inclusion of the game nationally.

Not just a hero of Australian basketball, Lauren grew her legend with incredible performances in the WNBA, Europe and Asia as she is not just the greatest Australian female basketball player of all-time and one of the greatest players the world game has ever seen.

Lauren Jackson AO OLY is truly and undoubtedly worthy of her elevation to Legend in the 2019 Basketball New South Wales Hall of Fame.