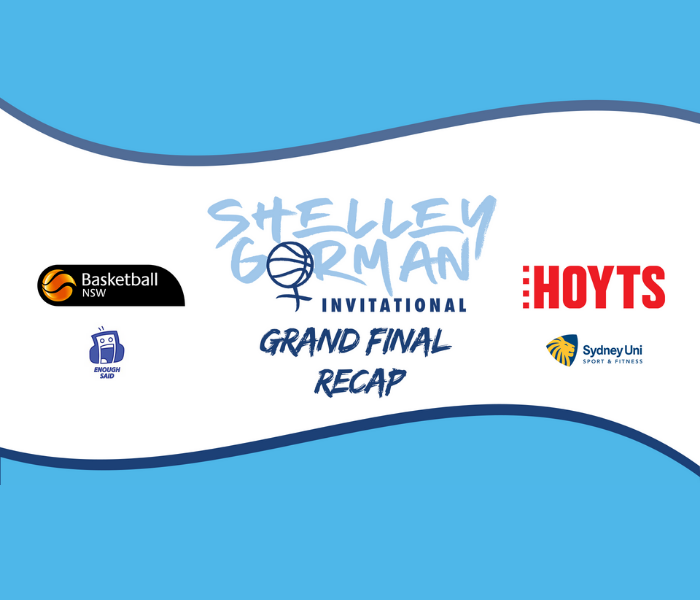 A Grand Final befitting both the level of play all weekend and the player whose name adorns the title of the Shelley Gorman Invitational saw the Aces and Storm play out an enthralling contest, with the Storm earning the $10,000 cash prize with a 74-64 win to exact revenge for their pool stage defeat at the best possible time.

A physical opening to the contest saw both teams get to the line early, with no quarter asked and none given in the first couple of minutes. But as the interior defences began to shape up, the shots came from longer distance as Maddy Norris buried a couple of threes early to put the Storm 13-8 up. However, the lead was short-lived as the points dried up for the Storm, with Lauren Nicholson’s brilliant drive to the basket capping a 6-0 run to put the Aces up 14-13 and force a Storm timeout.

Defence would rule out of the timeout, with neither team able to get a lot to work on offence until Storm guard Maja Jurlina buried a three which acted as a catalyst for her team’s offence to open up slightly, and indeed it was the Storm who held a 21-16 advantage through a quarter as Alex Delaney’s hook dropped in with the buzzer sounding in the background.

A couple of massive blocks on the opening possession of the second quarter left no doubt as to the Storm’s defensive intensity as they looked to extend their advantage as quickly as possible. A 6-0 run eventuated to open the term, but Cassidy McLean responded with a deep corner two to open the Aces’ account for the quarter. The Storm would retain their momentum though, and patience from Leilani Mitchell allowed her to find a wide-open Norris, who buried her third three of the game to extend the margin to 14 midways with just under five minutes remaining in the first half.

Another Aces timeout unsurprisingly followed, which stemmed the Storm’s momentum briefly as Cassidy McLean cut into the lead with a corner three, only for Jonalyn Wittwer to respond in kind. In the previous contest between these two teams, it had been the Aces outshooting the Storm. However, in the first half of the Grand Final, it was the Storm making the most of their open looks as they took a 39-26 lead into the halftime break, led by 11 points from Maddy Norris, whilst Lauren Nicholson contributed 12 for the Aces.

The Aces came out with a renewed vigour after halftime, finding much more consistent scoring than they had prior to the break. Within two minutes, they had cut the margin to single digits as some consecutive defensive stops helped swing the momentum. With the Storm’s outstanding shooting from the first half eluding them slightly as the third quarter progressed, the Aces had a real opportunity to put together a significant run. But when Aces star Lauren Nicholson picked up her fourth foul with 4 minutes remaining in the third quarter, once again there was potential for another momentum swing. But then Storm star Alex Delaney picked up her third and both teams now had a star player forced off due to foul trouble. Wittwer quickly settled any potential nerves from the Storm bench by banking home a three to put the Storm up 51-40, but the Aces held firm to ensure they gave themselves a chance going into the final quarter as the scoreboard read 51-42 in the Storm’s favour.

Nicholson and Delaney returned to the court for the start of the final term, and it was Delaney who almost rattled home a three that would have pushed the margin out to 12 with the first possession of the final quarter. Instead it was Courtney West burying a midrange jumper for the Aces to drag her team within seven, only for Sarah Schicher to respond at the other end. Norris then drained another three as the Storm edged closer to victory.

A couple of turnovers followed as perhaps some late-game nerves set in at both ends, and with scoring drying up slightly at both ends, the Storm called a timeout whilst holding a 61-52 lead just shy of a minute before the Elam Ending would be instituted.

A Maddy Norris three put the Storm up 66-54, and when the Sutherland forward deflected a pass out of bounds with just under three minutes to play, the game clock was switched off and the Elam Ending target score of 73 was established. From here the Aces would need a 19-6 run to win the game, and with Lauren Nicholson taking over it started to look increasingly possible as the team in black scored the next seven points before Delaney buried a three to put the Storm within four. The Aces put all kinds of pressure on Mitchell on the Storm’s next possession, but somehow the WNBA star dribbled her way out of it and found Delaney who buried her second consecutive three with the shot clock expiring to pull the Storm within a single point of victory as Aces coach Shelley Bates called a timeout for one last roll of the dice.

Needing stops, the Aces managed to get one as Emily Simons’ three bounced away, but soon after, the Storm were able to grab a rebound and with Simons streaking down court, Mitchell found the Norths star for the transition lay-up to send the Storm team into raptures as they celebrated Grand Final success in the inaugural Shelley Gorman Invitational with a 74-64 victory on the back of an outstanding team performance in which every player who stepped on court contributed in a positive fashion.

The Grand Final was a perfect way to wrap up a spectacular weekend of basketball in which a number of players shone. The level of basketball started from a high bar on Friday afternoon and only improved throughout the weekend as the teams became more cohesive units, culminating in a scintillating Grand Final. Thanks must go to all involved, from the players and coaches through to officials, organisers, volunteers and sponsors, without whom the tournament could not proceed.