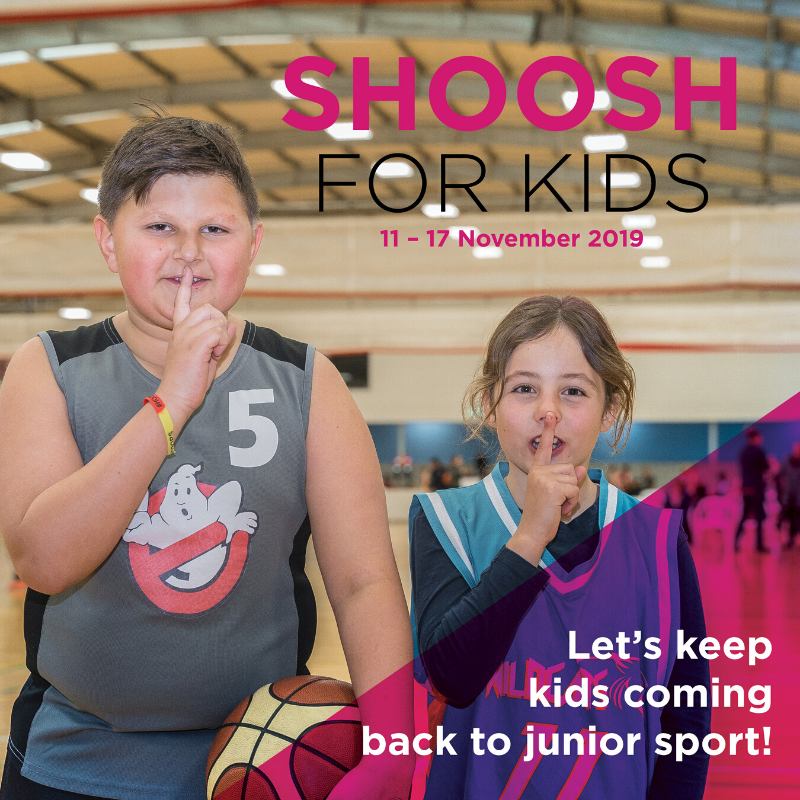 The Shoosh for Kids summer awareness week is running from the 11th-17th of November 2019.

Shoosh for Kids is a collaborative effort between the Office of Sport and State Sporting Organisations to promote positive behaviour to their members, clubs and associations. The general rule is, if you can’t say anything nice, don’t say anything at all.

The purpose of the campaign is to support grassroots sports in providing positive environments for their members, whilst also addressing issues which arise from poor behaviour including:

Join the Office of Sport, Sport NSW, State Sporting Organisations and grassroots clubs across the state for Shoosh for Kids, the initiative promoting positive spectator behaviour at junior sport.

Visit the OOSNSW website to sign up, gain access to posters, social media posts and more (resource page) and let your members know where you stand on poor spectator behaviour.