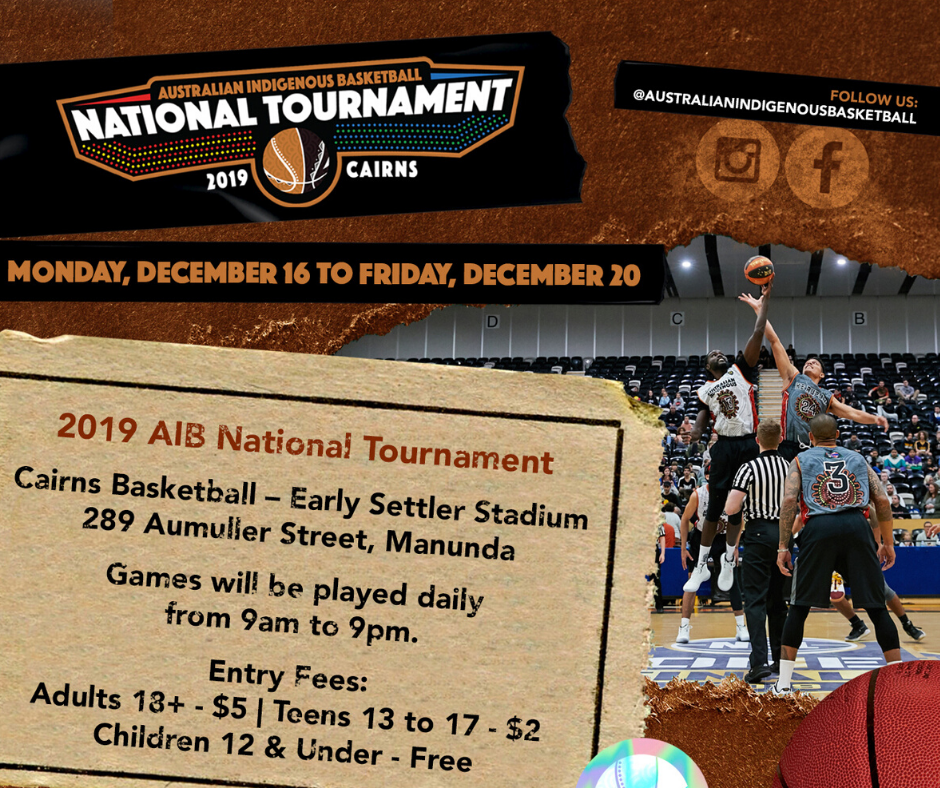 CAIRNS, AUSTRALIA – Sixty Aboriginal and Torres Strait Islander teams from across the country will meet in Cairns next month, when the inaugural Australian Indigenous Basketball (AIB) National Tournament gets underway.

Female and male teams will compete over five-days for national supremacy across under 14, under 17 and senior age divisions. The 2019 event begins with an opening ceremony on Sunday, December 15. That evening to be highlighted further by multiple three-point shootout competitions and a slam dunk contest.

Pool games in all divisions tip-off on Monday, December 16. Finals will be held on Friday, December 20. All matches will be played on the hardwood courts at the Cairns Basketball Early Settler Stadium.

“To have sixty teams nominate from all over Australia, certainly reinforces the want and the need of this tournament,” Khalu said.

“Initially our AIB board were aiming to have forty registrations, but to reach sixty, we’re absolutely ecstatic.

We’ve got players from all corners set for the journey to Cairns. For many junior players who’ll be participating from remote communities, it will be their first opportunity to play basketball in an indoor stadium.

That’s what this event is all about, creating an opportunity for Aboriginal and Torres Strait Islander players of both genders, in a range of ages, to participate in our wonderful sport and showcase their skills.

Our AIB national tournament is an initiative designed to supplement competitions offered by local associations, state organisations and the national body to get more people active and increase the involvement with basketball.”

“This is the first time AIB will have the chance to see Indigenous players from all over compete against each other, so it serves as a useful platform to carry out identification for our national programs.

Everybody at AIB are really excited to see the high levels of talent that will be on display.”