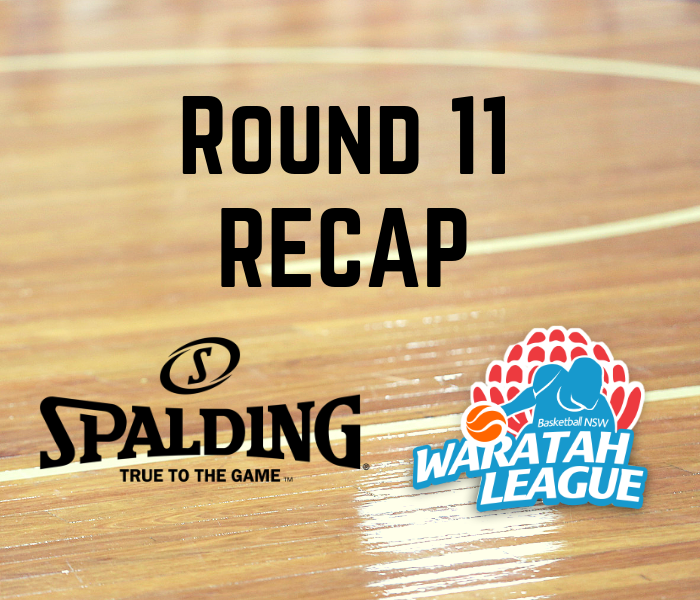 The Newcastle Hunters fought hard for their first win of the 2019 season, defeating second placed Sutherland Sharks, 77-71. After facing off just three weeks earlier when the Sharks heavily overpowered the Hunters, 101-66, it was a remarkable show of strength and courage for the Hunters to round down the clock to add their first win to their name.

Newcastle can put the win down to the attacking efforts of one man, with Sharif Watson leading the charge with an outstanding 31 points, 10 rebounds and four assists. Watson was also supported by team mates Jacob Foy and Alex Clinton both combining for 31 points. Sutherland’s Mr consistent, Taj Spencer did his best to motivate his side with 24 points and nine rebounds, but during the second half of the clash saw both teams lead until Newcastle’s Alex Clinton added two free throws onto the scoresheet with less than 14 seconds left on the clock.

With Newcastle ending their 10-game losing streak, they will look to build on their win as they take on seventh placed Norths Bears on Saturday while third placed Sutherland take on Penrith who sit sixth on the ladder.

In a nail bitter, the Sydney Comets beat out the Hornsby Spiders, 86-84. After a tight first half, the Spiders went into the third term one point ahead, 36-37, however while going into the final quarter the tables turned with Comets going one point up, 62-63. During the final moments of the match, the Comets snuck their noses out in front to keep their lead with Captain Indiana Faithful adding the extra on the free throw line to secure the two-point victory.  Comets’ William McFee was impressive with the ball in hand, landing 19 points, five rebounds and four assists along with teammate Matur Maluach’s 17 points.  However, the Spiders featured five players that reached double figures, with Matthew Horsley top scoring in the contest with a whopping 23 points, and ten rebounds while teammates Jack Larkins (16), Daniel Moser (15), Lachlan Woodhill (13) and Hamish Robb (11) all added to the scoreboard but ultimately was not enough for the win.

The Newcastle Hunters Championship Women’s side continued their winning streak to 11 straight wins after they pounced on a strong Sutherland Sharks side on Saturday evening, 68-56. Newcastle’s Centre and WNBL athlete Lara McSpadden was strong for the home side, adding a valuable defensive option along with scoring 17 points and seven rebounds. Teammate Jasmin Howe was once again top scorer for the match, securing her own 25 points, six rounds and four assists.  Sutherland also had a host of strong attacking options, with WNBL and NSW representative Shyla Heal contributing 18 points, eight rebounds and three assists to keep her team afloat, however was not enough to seal the win for her side.

Sutherland now in sixth will take on eighth placed Penrith Panthers, while the first placed Newcastle Hunters will travel to take on second placed North Bears in what will sure to be a fiery match-up.

In their charity match for Breast Cancer Awareness, the pink turned Canberra Nationals were triumphant against visitors, Penrith Panthers, 79-63. The Canberra Nationals continue to be stakeholders for the title, with four key players reaching double figures. WNBL UC Capital teammates, Keely Froling and Abby Cubillo were both handfuls for the Penrith defence with Froling top-scoring in the match with 22pts while Cubillo wasn’t far behind, adding her own 20pts. Penrith’s Meg Jefferson once again led the way for the Panthers adding 15 points and six rebounds along with former NSW representative Natalia Beaumont dropping a double-double with 14 points and 11 rebounds.

The Nationals move up to third while the Panthers remain sitting tight in eighth. The Nationals will welcome the fifth placed Bankstown Bruins this Saturday while the Penrith Panthers take on sixth placed Sutherland Sharks in Penrith.

All 12 of the Tamworth Thunderbolts players scored in their 100-47 victory against the visiting Springwood Scorchers. Tamworth started the match guns blazing, dropping the first unanswered nine points of the match and finishing the first quarter, 25-12. Springwood were unable to continue to close the gap throughout the match leading to their 53-point deficit. Rhys Chillingworth and Riley Murphy were Tamworth’s top scorers with 12 points each while Springwood’s Richard Sagar lead the game with 13pts. Tamworth’s victory against Springwood bring their tally to eight wins across the 2019 season, and sit in second on the ladder, two wins behind the Hills Hornets. Tamworth will hit the road this weekend to the Northern Beaches as they face Manly while Springwood take Central Coast at Breakers Indoor Sports Stadium.

The Coffs Harbour Suns were treated to a victory against home side Tamworth Thunderbolts, 67-93. Tamworth definitely had a strong showing of supporters at the Tamworth Sports Dome, but the home side fell apart heading into the second half unable to close the 20-point gap, 28-48. Tamworth tried their best through Emily Tudman for point scoring opportunities adding 18 points with team mates Anika Earsman & Samantha Mccubbin combining for 25pts. Coffs Harbour demonstrated why they have not lost a a game all season with both Teagan Mayer & Jordon Woods both adding 23 points respectfully rounding out the Suns’ triumph.

In a one-point success over the Central Coast Crusaders, the Bankstown Bruins feature winners in an 86-85 win. Central Coast opened the scoring withWill Cranston Lown who also tied with Bankstown’s Nicko Timonera for top scorer of the match, both dropping 27 points each. Central Coast also featured Daniel Titus who was involved throughout the entire match for his side, adding his own 21 points. Bankstown also featured two players reaching double figures, with Vishaal Behari putting down 23 points in what can only be described as an influential player on the court for the winning team. After their win, Bankstown shifted two spots on the ladder and now sit in ninth with 5-8, while Central Coast give up their spot-on top, as they drop to second. Bankstown will match up with Illawarra this Saturday, while Central Coast will hope to head north on the leader board as they will tip-off against the Sydney Comets.

In a low scoring affair, the Illawarra Hawks got one up on the Hornsby Spiders, 54-45. Illawarra were boasted by NSW Country Representative, Ella Dent who used her trademark can-do attitude to top-score her side, with 15 points. Dent was joined by her NSW Country teammate, Ruby-Belle Macdonald who also was instrumental in both offensive and defence scoring 9 points. Hornsby also had their fair share of NSW Metro Representatives with Erica Pitman ruining any defensive plans the Hawks may have had, adding a swift 17 points to the leader board. Hornsby’s Kira Mocatta was also a standout on the court, top-scoring in the clash with a strong 19 points but her side were unlucky to escape with the victory. Illawarra take over first position on the leader board, with Hornsby sitting close behind in second. The Hawks will face off against Bankstown, with Hornsby set to tip-off with Hills.

The Norths Bears were victors over the Maitland Mustangs due to an impressive attacking effort from Norths’ Benjamin Jerome. Jerome was single-handily inspiring to his side, adding a sweet 27 points to the scoresheet as well as wreaking havoc in defence. The Bears also featured a consistent Benjamin White who added his own 14 points, as well as team mates Alexander Francis & Simon Bourke combining for 11 points.  Maitland’s Harry Sherlock led the way for his side, adding 13 points to the Mustangs scoreboard. The Norths now move up to fifth on the ladder nipping at fourth placed Maitland. The Bears will take on Newcastle while Maitland look to get back in the winner’s circle against St George this weekend.