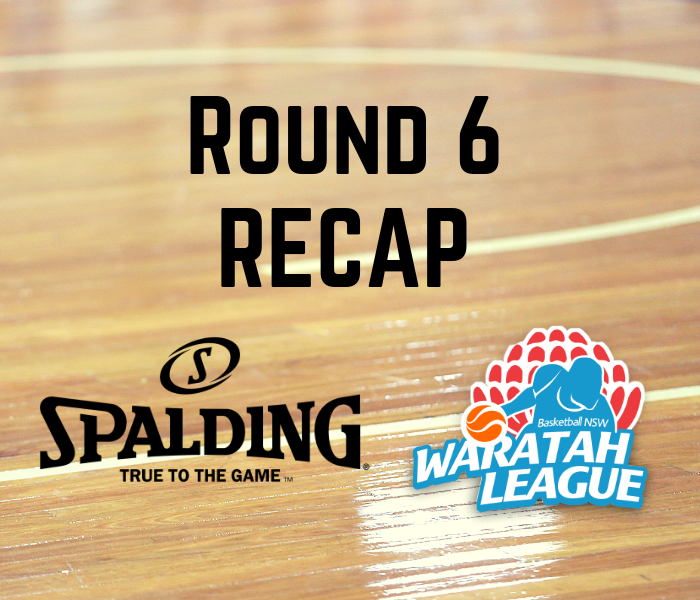 The Central Coast Crusaders collected two wins this round and improved their first place record to an untarnished 7-0. On Saturday night they downed the Hills Hornets 84-67, a game in which Mitchell Rueter, who leads the division in points scored, continued his consistent 2019 campaign with 25 points and eight rebounds. On Sunday, Central Coast reigned victorious in a shootout against the Norths Bears, 113-107. This contest called for a team-centric attack, as seven Crusaders came out with double figures. Crusaders’ Thomas Akamarmoi’s paced his team with 23 points, not to be outdone by Norths’ Anatoly Bose, who had a statline of 39 points, 12 rebounds and six assists. The Norths also lost to the Penrith Panthers, 84-73, taking two losses on the weekend and fumbling to fourth on the ladder at 5-3.

The Sutherland Sharks secured two wins on the weekend, first against the Canberra Gunners 85-79, then just edging out Bankstown Bruins, 93-92. Lochlan Hutchison starred against Canberra, the guard scored an efficient 30 points on 12 shots with 75% shooting, also adding seven assists, five rebounds, and five steals. His teammate Taj Spencer collected his fourth double-double on the year with 19 points and 13 rebounds. Sutherland had a knack for creating turnovers, stealing the ball 25 times through two games. Against Bankstown, the usual suspects in Hutchison and Spencer both led their team with 18 points a piece. All was not lost for Bankstown however, as they went 1-1 in a double-header and beat the Sydney Comets earlier in the weekend, 91-84. Sutherland sits at fifth on the ladder at 4-3, Canberra is slotted at 10th at 2-4 and trails 3-4 Bankstown.

The Manly Warringah Sea Eagles flew past the Newcastle Hunters, 77-74. Manly’s Kevin White exploded for 30 points, six assists and six rebounds. Sharif Watson of Newcastle had 23 points, nine rebounds, and six assists, while his teammate Lonnie Funderburke added a double-double with 15 points and 11 rebounds. Manly climbs to third on the Championship Men ladder at 5-2, while Newcastle still searches for its first win.

The Norths Bears took on a double header with full strength, beating the Penrith Panthers, 75-57, and the Central Coast Crusaders, 82-37. The Bears outscored their opponents in the paint, 72-30. They also shared the ball effectively, amassing 49 assists on the weekend. Elle Simons was the high scorer of both matches, averaging 21 points per game on the weekend. The Norths improve to 5-3 and fifth on the ladder, while Penrith drops to 2-5 and Central Coast to 1-6.

The Sutherland Sharks beat the Canberra Nationals, 82-73. Neither team could get shots to fall from range and turned to the paint, 90 total points were scored inside while only three blocks by Canberra were converted. This match featured two league titans and WNBL players in Nationals’ Keely Froling and Sharks’ Shyla Heal. Froling completed her fourth double-double on the season with a monster 26 points and 18 rebounds. Heal battled back for the winning side with 27 points, eight assists and five rebounds.

Later in the weekend, the Bankstown Bruins shocked Sutherland for their first loss of the season, 71-52. As a scorer Tasmyn Haynes outdueled Shyla Heal, dropping 27 points opposed to Heal’s 20 point 10 rebound double-double. This was the second of two wins on the weekend for the Bruins, as they defeated the Sydney Comets on Saturday, 52-44. Following the ladder shake-up, Hornsby Ku Ring Gai Spiders, Sutherland Sharks, and Bankstown Bruins all own a 6-1 record and hold a three-way tie for second place, trailing the 6-0 Newcastle Hunters.

This Hills Hornets squad picked up a win against the Central Coast Crusaders, 76-71. Marvin Fidel and Jamie Newth were the only Hornets to reach double figures with 18 points and 10 points respectively, however 10 players contributed significant points to secure the victory. Trent Baker of Central Coast led all scorers with 22 points. The Hills stay undefeated and share the top of Pool B’s ladder with the Newcastle Hunters at 5-0.

In a game between the fourth and fifth teams on the Pool A ladder, the Canberra Gunners Academy outshot the Lithgow Lazers, 82-75. Dhal Fieg and Will Mayfied of Canberra topped all scorers with 29 and 24 points respectively. Two Michael’s, Johnson and Cox led Lithgow with 23 and 17 points respectively. Both teams stand pat with a 3-2 record.

This division’s single game featured Wagga Wagga Blaze winning over the Shoalhaven Tigers, 59-46. Shakera Barnes of the Blaze led all scorers with 15 points, while Georgia Joseph of Shoalhaven led her team with 11 points. Wagga Wagga holds tight in second place on the ladder at 2-1, while Shoalhaven drops to the bottom half at 0-2.

The Sutherland Sharks beat Bankstown Bruins, 92-88. Daniel Mankarious had the game high for his Sharks with 26 points, while Bosko Djurovic led Bankstown with 20. Sutherland improves to 4-3 at fifth on the ladder, while Bankstown drops to the bottom of D1YM at 1-6.

In a game between the third and fourth place teams on the ladder, the Hills Hornets fell to the Central Coast Crusaders, 77-69. The Crusaders boasted twin 20 point scorers in Will Cranston-Lown (21) and Daniel Titus (22). Hills’ Liam Moss led all scorers with 27 points.

In the closest game of this division, the Illawarra Hawks beat the Sutherland Sharks 60-52. Tazmin Fulcher of Illawarra and Jordyn Dewhurst of Sutherland both scored a game high of 16 points. The Hawks move up to third on the ladder at 2-4, while the Sharks stay in fifth at 1-5.

Both of the formerly unbeaten teams of Pool A received their first losses in double-headers this weekend. On Saturday, Albury fell to the Blacktown Storm, 107-88, while the Inner West Bulls picked up a win against the Hornsby Ku Ring Gai Spiders White, 82-62. On Sunday, Albury went on to bounce back and beat the Bulls, 64-60. Harry Gibbs and Mitchell Donovan were the two high-scorers in both matchups, tallying 39 points and 45 points respectively. Both teams share the lead of the ladder with a record of 6-1

In Pool B, the two undefeated teams stood pat and as their records remain unblemished. St George Saints put out the Springwood Scorchers, 112-50. Each Saint scored, six reached double figures and two scored twenty, in Jason Welmer (21) and Ethan Hartzenberg (20). St George got their fifth win to secure second place, while the ladder-leading Hornsby Ku Ring Gai Spiders Green earned their sixth win against the Maitland Mustangs, 83-53. Seven players in the match scored double figures, and the high scorers were Spiders’ Raymond Takchi with 19 points and Mustangs’ Hayden Davies with 18 points.