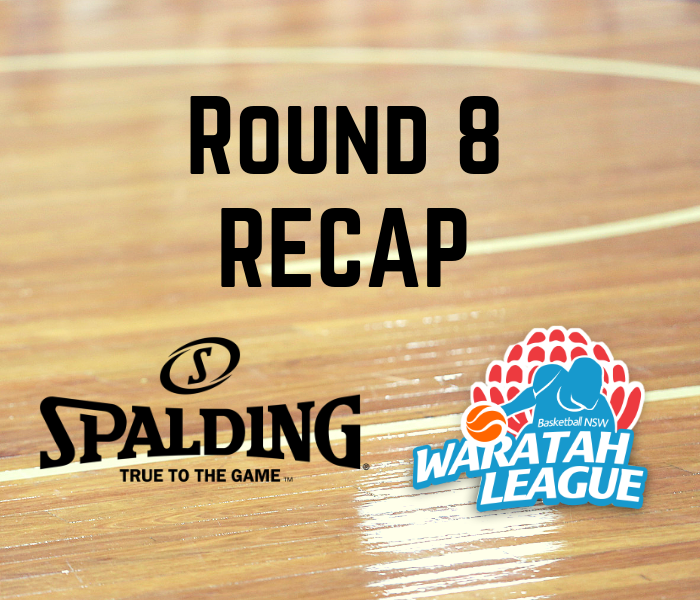 The Sutherland Sharks had an outstanding weekend during their double header round, first securing victory over the Hills Hornets 81-70, and then backing up on Sunday to beat the Newcastle Hunters 101-66. In their match against the Hornets, four Sharks finished with double figures, Lochlan Hutchison (17), Kyle Steward (13), Clayton Carfion (11) and Evan Apolony (10) along with Taj Davis-Spencer just missing out on a double-double ending the victory with 9 points and 11 rebounds. Sutherland were equally impressive in their 35 point triumph over Newcastle with Callum Norris leading the team with 20 points. Newcastle did their best to claw back into the contest with Jacob Foy leaving his mark on the scoreboard in his first game back after a stint at Hawaii Pacific University with his own 17 points, but unfortunately his efforts were not enough for his side.  Sutherland now sit fourth on the ladder, while Newcastle are still struggling for their first win of the season, sit last on the 2019 Spalding Championship Men ladder.

The Manly Warringah Sea Eagles overpowered the Bankstown Bruins on Saturday night, winning 67-89. The Sea Eagles defence was pivotal during the match as only two Bruins managed to score double figures verses the Sea Eagles’ four. At the end of the first quarter, the scores remained tight with Bankstown ahead 20-19, however Bankstown struggled to match the strength of the Sea Eagles trailing by 22pts heading into the final term. Manly’s Steven White once again reached double figures for the seventh consecutive game in a row this season, with 21pts of his own and four steals. Teammate Jacob Braddy also secured himself 12pts from five three-point attempts, shooting at 80%. The Sea Eagles sit in third place at 7-2 while the Bruins stay at ninth with 3-6 win/loss ratio.

The Hills Hornets escaped with another win this weekend, defeating the Sutherland Sharks 66-73. Taylah Cottees of the Hornets showed just how much she can wreak havoc on an opponent when given the opportunity with the ball and space. Cottees finished the match leading the scoreboard with 28 points and four steals. Teammate Leah Cotton also left her mark on the scoresheet, ending the game with double figures, racking up 17 points and five rebounds of her own. A fourth quarter collapse from the Sutherland Sharks closed any chance the Sharks may have had at securing the win after the Sharks saw a 10-point lead slip away during the final quarter of the clash. Sharks’ Maddy Norris & Courtney West both managed to walk away with double-doubles both securing 16 points and 14 rebounds respectfully. The Sutherland Sharks still sit tight on the ladder in 6th place after losing their second match of the weekend, going down to the first place Newcastle Hunters 35-87, with the Hills Hornets slowly making their way up on the ladder, residing at 7th.

The Canberra Nationals edged out the Maitland Mustangs on Saturday night, 60-62. Canberra felt the loss of WNBL Champion Keely Froling who was off at Australian 3×3 duties, however still secured the win. Mustangs’ Shakera Reilly & Alyssa Bennett combined for 43 points & 18 rebounds with Bennett securing herself a double-double with 22pts & 14 rebounds. The Nationals hit back with Maddison Penn scoring herself a double-double with 18pts & 11 rebounds in her second game of the season. The Mustangs stay 11th on the ladder at 2-8 while the Nationals sit in fifth with 5-3.

This weekend the Shoalhaven Tigers showed why they sit in top 4 of the Division One Men Ladder after trouncing the Lithgow Lazers, 78-105. Shoalhaven’s William Ozolins once again scored double figures leading the match with 29 points. The Lazers outshot the Tigers eleven to five from outside the three-point arc however the Tigers counteracted with 28 free throws to five. Lithgow couldn’t keep up during the final term, ultimately going down by 27 points.

A huge performance from Dubbo Rams’ Rob Dewar was not enough to upset the Illawarra Hawks on Saturday night, with the Rams going down 69-73. Dewar’s huge effort on the court lead to him amassing 43 points however his bottom placed side were unlucky to keep their attack alive, allowing the second placed Illawarra Hawks to remain victorious during the final term. The Rams will be facing off again at home this weekend when they face 9th place Wagga Wagga Heat on Saturday.

First placed Penrith Panthers secured another win tally to their name defeating the Maitland Mustangs, 78-95. Maitland shot out of the gates early on with a swift three-pointer from Taiga Cantor within the first minute of the match, however were down by three points coming in the second quarter. Penrith were steadily out in front going into the second half, 45-52 with Maitland never able to close the gap ultimately losing by 17 points.   Over six Panthers scored double digits with Kaylan Bayer wrapping up with 15 points while just three Mustangs reached the feat, with Riley Markovich top-scoring for the match with 20 points. Maitland will take on the third placed Sydney Comets on Saturday with the Panthers set to take on second placed Central Coast Crusaders on Saturday evening in Penrith.

In the tightest match of the weekend, the Hornsby Spiders narrowly overcame the Central Coast Crusaders, 80-76. Central Coast’s Lucy Champan danced around the home side’s defence, scoring herself a sweet 32 points which included four makes from the three-point line. However, Capman’s efforts were not enough on the scoresheet with four Spiders finishing with double figures, Erica Pitman (19), Kira Mocatta (15), Tylah Mudine (11) and Madeleine Suprain (10) which sealed the fate of the visitors. Hornsby now sit first on the ladder of Pool A, while Central Coast slip to fifth on Pool B.

The Sutherland Sharks took on defending premiers, Hills Hornets on Saturday afternoon, going down by 16 points in a 66-50-point loss. Sutherland struggled to keep the intensity high in the final ten minutes, only scoring 9pts verses Hills’ 13pts. Rachel Whittet led the Sharks with 19 points while visitor Madison Hare led the Hornets with 20 match points.