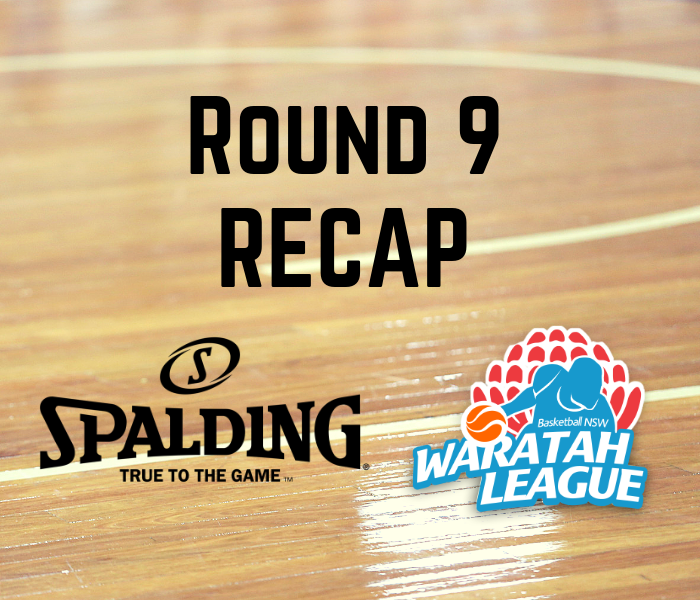 In a thrilling match up against the Hornsby Spiders and Sutherland Sharks, the Sharks escaped with a 106-108 victory. Hornsby were very quick to open the attack through Hamish Robb which set the Sharks on the backfoot for almost the entire match. Hornsby’s Daniel Moser was unstoppable with the ball, collecting himself 32 points, eight rebounds & four assists. Sutherland slowly crawled their way back into the the final term with K Steward pushing ahead with a jump shot to push the Sharks in the lead 101-103, with four minutes left on the clock. Sutherland continued to keep their lead during the final few minutes of game play to secure the two-point win. Three Sharks topped the scoreboard with over 20 points, Kyle Steward (23), Issac Signal (24) along with Lochlan Hutchison who led his team for points with 28. Sutherland jumps ahead two positions on the ladder thanks to their gritty win, and now sit second behind the Central Coast Crusaders.

In an individual high-scoring affair, the Sydney Comets were victors in a one-point clash against the Maitland Mustangs 83-84.  Two Comets received over 20 match points with NBL veteran Indiana Faithful continuing his point scoring prowess, reaching 31 points along with team-mate Thomas Dawson’s 20pts. The Mustangs did their best to out shoot the visitors, with Daniel Millburn collecting his own 21 points to keep the game close however, during the last 25 seconds the Comets reached out in front with two successful free throws made by Faithfull after an unsportsmanlike foul by Mustangs Jack Edwards to make the score line 83-82. Faithfull sealed the match within the last five seconds on the clock with a jump shot to cap the match by one point for Sydney leaving the final tally, 83-84.

The second placed Hornsby Spiders showed once again why the remain towards the top end of the ladder, with an important win against the Sutherland Sharks, 73-48. A three from Sutherland’s Maddy Norris opened the game, however without the strength up front, Sutherland faded and went into the second half of the match down, 33-15. Norris led all scorers in the match with her own 18 points and six rebounds but was not enough to spur her side on for the win. The Spiders wreaked havoc all over the court with a balanced attack with Madeleine O’Hehir collecting 14 points, eight rebounds along with WNBL alumni Sarah Graham’s 12 points to secure the 25-point victory. Sutherland will take on cross-town rivals & fourth-placed Bankstown Bruins at home this Saturday afternoon while Hornsby is set to travel to take on eighth-placed Manly Warringah Sea Eagles, also on Saturday afternoon.

Talk about WNBL powerhouses, with Keely Froling, Abby Cubillo and newly signed Townsville Fire’s Kate Gaze all suiting up for the Canberra Nationals in their 44-point victory over the Hills Hornets, 59-103. In veteran Kate Gaze’s first match of the season and the inclusion of a returned Keely Froling from Australian 3×3 duties, the pair heavily assisted their team to collect their first win of the weekend. Froling was a standout during the match against Hills, scoring herself a double-double with 28 points and 11 rebounds along with Hannah Kaser also reaching double figures with 19 points. Hornet’s Leah Cotton and Taylah Cottees combined for 31 points and seven rebounds but were just not enough to keep their team alive as they stay in seventh on the ladder. The Nationals backed up their win on Sunday with another victory against the Penrith Panthers, 51-63 during their road trip weekend. Froling once again scored herself double digits with 18 points, taking her weekend tally to 46 points. The Panthers didn’t go down without a fight with NSW representative, Sara Matthews posting her own mark on the scoresheet with 17 points and 9 rebounds. The Nationals will return home to the Nations Capital this weekend to take on Maitland, while Sara Matthews’ Panthers will set to take on a Sydney Comets side featuring her older sister Emily Matthews in what will be sure to be a hotly contested match.

The Illawarra Hawks safeguarded another important win for their season, defeating the Lithgow Lazers, 104-56 in Wollongong. The Lazers recorded their fourth consecutive loss and could only add eight points to their scoresheet during the final term of the match. The Hawks on the other hand remain in second place on the ladder, with only one loss to their name. Illawarra were a handful in attack with six players reaching double figures with Jarrod Sorenson and Andrew Gray both equal on 16 match points. Lithgow’s starter, Michael Cox was their best on court, adding 21 points to his teams score line but ultimately it wasn’t enough to get his team over the line.

The Canberra Gunners Academy were defeaters of a first-placed Sutherland Sharks line-up, with a 70-67 thriller, taking the Sharks to their first loss of the season. Gunners’ Will Mayfield had the honours of the top-scoring, with 25 points to his name and was instrumental during the last stanza for Canberra. The home side weren’t as lucky on the scoresheet with Ben White and Jason Freshwater sharing 14 points apiece for Sutherland.

In a nail-bitter match, the Hills Hornets were victors in a one-point thriller against the Illawarra Hawks, 66-65. The Hornets were boasted in attack with Liam Moss racking up 25 points of his own and top-scoring for the game. Moss was aided with the ball with team mates Tyrone Jay and Benjamin Planinic combing for 17 points. The Hawks on the other hand, seemed to balance their attack more evenly across the team line up, with four Hawks reaching double figures; Brandon Freire (17), Zachary Ottosson (12), Patrick Lancaster (12) and Angus Glover (12) in his first match of the season. Glover returned for the Hawks after more than two years off the court from two serious knee reconstructions.  The Hills Hornets sit at fourth on the ladder with 6-3 while the Illawarra Hawks remain in seventh with 4-5 against their name.

The Central Coast Crusaders cruised past the Bankstown Bruins, 85-60. In their second win across the weekend, first defeating the Penrith Panthers 43-103, the Crusaders moved up two positions on the ladder and now remain third which will be instrumental for the team towards the back end of the season. Central Coast’s Jamei Pate had a total weekend score of 39 points to her name along with team mate Lucy Chapman adding her own 36 points across the double-header weekend.

The Inner West Bulls racked up their 9th win of the season, defeating Macarther Heat, 53-98. The Bulls were dominate in both their defence and attack with Jiordan Tellidis shooting five three-pointers to take his total to 17 match points to top-score for the match. The Macather’s attack featured two prominent names in Nathan Murdocca and Alexander Dolores who both reached 13 points respectfully. Macarthur will travel this weekend to face another tough game against Albury who sit second on the ladder, while the Heat remain in seventh position. The Bulls remain at the north side of the ladder in first and will be treated to a bye weekend along with Blacktown Storm & Moss Vale Magic.