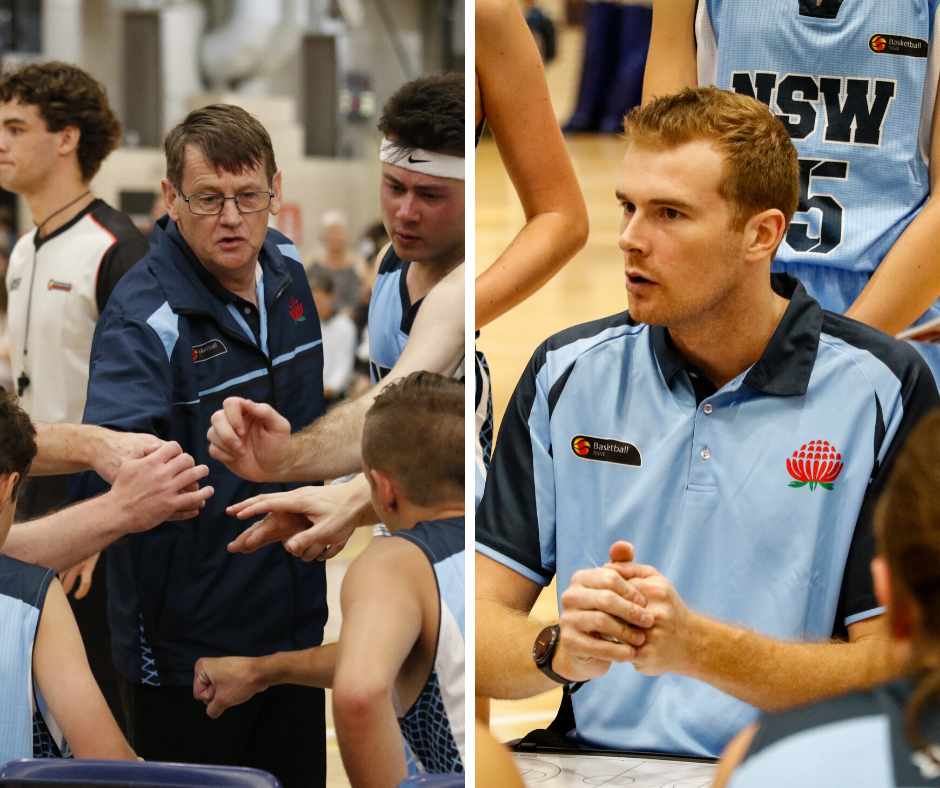 As the Australian U20 and Ivor Burge Championships kick off in Canberra today, Basketball NSW looks at the Head Coaches whose job is to lead their respective teams on court.

Ashley Henrisson takes charge of his first State team as a Head Coach, having been part of numerous State team campaigns in the past as an Assistant Coach. Working at the U18 and U20 level previously has provided Henrisson with the necessary knowledge and understanding of what to expect at the next level. Henrisson’s senior experience as the Bankstown Bruins Men’s Head Coach in the Waratah League also qualifies him to be the right person to lead this exciting group of young men.

Tom Garlepp returns for his second campaign and will be looking to go one better than his silver medal-winning team from last year. Garlepp has assembled a talented group of athletes that includes five returning athletes from last year’s team. Garlepp is one of the most promising up and coming coaches in NSW, having recently attended the National Performance Camp at the AIS, whilst also working at the WNBL level with the Sydney Uni Flames this year.

In the Ivor Burge Competition, Basketball NSW has two very experienced coaches leading the way in Kim Murphy (women) and Paul O’Neill (men). Murphy has coached NSW teams since 1999 and has tasted gold previously. He has the task of leading a combined NSW team this year with both Country and Metro athletes playing together. His aim is to try and repeat NSW Country’s Gold medal-winning performance from last year.

O’Neill has added some key pieces to his team’s puzzle for this year, with the inclusion of some players who have represented the green and gold. He will be hoping to pass on his expertise to his troops with the goal for the boys to play off for a medal.

Basketball NSW wishes all coaches and their teams all the best for the competition.

CLICK HERE for live stream. (Please note Basketball Australia are hosts of the live-stream, not BNSW).