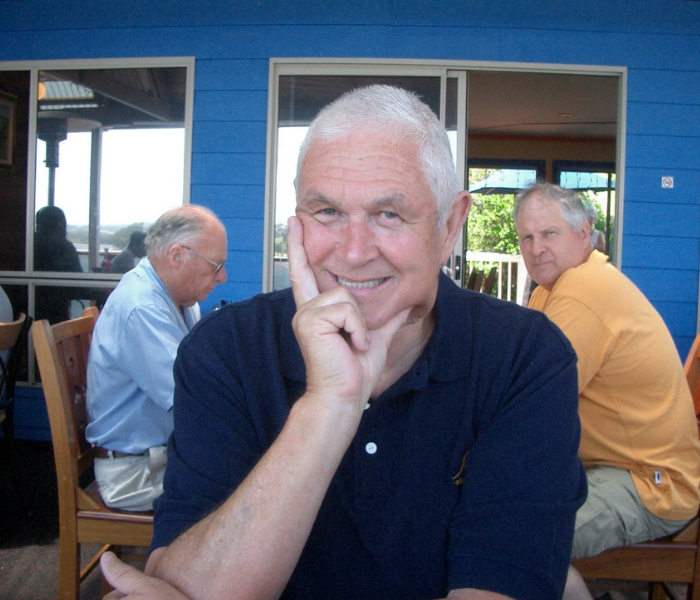 Basketball NSW is saddened at the death of Ross Whittaker a Life Member of Basketball NSW, a coach and administrator of great renown who worked tirelessly with Barrengarry Conference and Goulburn Basketball Association, Ross was 83 years old.

Fellow Basketball NSW Life member, Bob Elphinston OAM, taught physical education at Goulburn High School 1963-64, establishing the Students Basketball Club, and working closely with Ross to develop a highly successful Representative programme, commented – “Through Ross’s enthusiasm and organization, Goulburn produced many well-known State Representative basketballers including Alan Fitzgibbon, Jim Koppman, Desma Millen, Kathy Hugget, Michelle Cook to name just a few. Ross was instrumental in putting Goulburn on the map across NSW, followed by his unbridled support for the Barrengarry Region and their contribution to basketball in NSW. Ross always stood up for the “battler, the underdog” and remained a strong voice for Country basketball through to his final days.”

Ross was also heavily involved in the region and was the Barrengarry Conference Commissioner from 1978 to 1985 and then the secretary thereafter from 1985 to 2015 and work tirelessly with the competitions and development of Country Basketball in conjunction with Basketball NSW. The Barrengarry Conference awarded Ross with a Life Membership for the work he carried out on behalf of the members of the Southern region.

Ross Whittaker was awarded his Life Membership with Basketball NSW in 1994, the 24th life member of BNSW for services to Basketball in the State and specifically in the Country through the Southern Region and Barrengarry Conference.

On behalf of the Basketball NSW Board, members and Staff we would like to pass on our condolences to Ross’s family wife Diane and daughters Cathy and Joanne and their partners and children as well as the many friends and colleagues that have known him over the many years he has been participating in our great game.