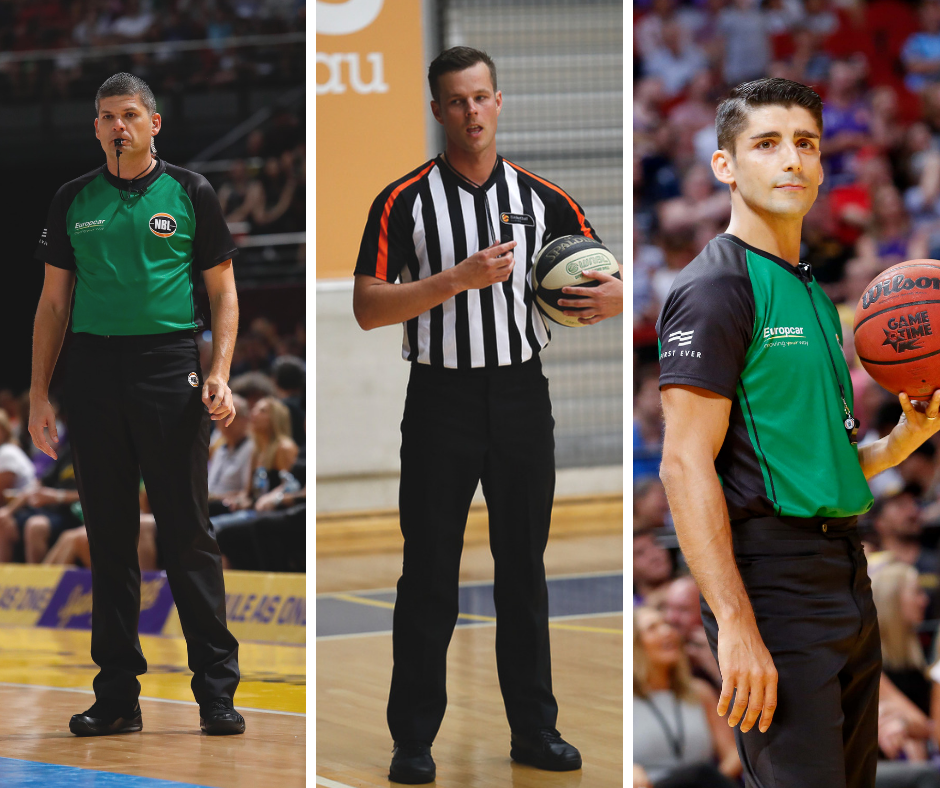 Scott Beker, James Boyer and Nicolas Fernandes have been selected by FIBA to officiate at two upcoming World Cups.

The first World Cup they will attend is the FIBA U19 Men’s World Cup which will be played in Heraklion, Greece from the 29th June to 7th of July 2019.

The second event they will attend will be FIBA Men’s World Cup to be played in China from the 31st August through to the 15th of September 2019.

Basketball NSW General Manager Officials and Competitions, Debbie Keirs said, “These nominations and selections for our officials to these events are a culmination of many years of hard work and commitment to officiating.  They have all worked tirelessly over many years having progressed through the NSW referee program and into the Basketball Australia/International arena.  We are very proud of the success they have achieved.”

“Being nominated to the biggest event in FIBA is an amazing feeling. It’s been a long road with a lot of challenges to make it to this point and there are far too many people to thank individually, so I’ll say a huge thanks to everyone who has supported me along the way…….I know I’ve tried everyone’s patience more than once! Also a huge thanks to the people involved with Newcastle Basketball for their ongoing support. There are also a few of coaches out there that I would never have made it this far without them. They really toughened me up, over a long period of time, to be the referee I am now. Lastly a special thanks to those who don’t necessarily appreciate how I do things, thank you for motivating me”, said Beker.

“I’m a country boy at heart and having come through NSW Country system it’s really satisfying to be able to show that they are doing something right out in the bush. I hope that my success, as well as James and Nico, inspires the current generation of NSW officials, especially in country areas. If I can make it, maybe they can too. To have 3 officials from NSW represent at this level is a testament to the work done at a state level to develop referees.” he added.

“I feel incredibly lucky to be appointed to the FIBA Basketball World Cup. Like many others, it has been something I have been aspiring to since I was in my teens. It’s important to recognise that I wouldn’t have made it this far without the support of many people, especially my wife, family and friends. It’s taken hard work and sacrifice to make it this far, but the work does not stop, if anything its only just begun,” said Boyer.

“Basically it is a Dream coming true. Being part of such an exclusive competition is phenomenon. Hard work has been part of the past to get there and with his event coming, it will reach an extra step for sure!” said Fernandes.

“The excitement was huge at first, and now it is time to be focused and to prepare both events which are coming soon” he added.

Basketball NSW would like to congratulate Scott, James and Nico on their appointments.