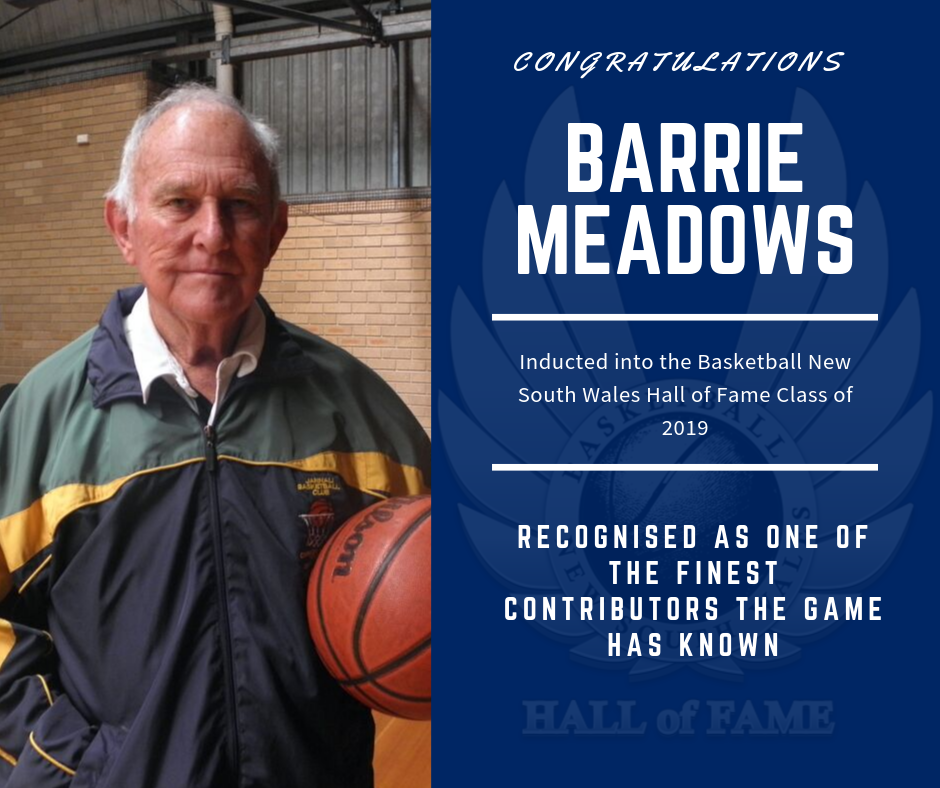 Barrie Meadows has dedicated his life to the game of basketball, from his early teaching days in the sixties through to the current day; he has always maintained a focus on the teaching of the fundamentals of the game and how they complement quality team performances.

Barrie was crucial in the development of basketball in schools across New South Wales as the NSW CHS Convener. He held both Head Coach positions in the boys and girls programs in both the NSW Combined High Schools and NSW All Schools systems during the 1970’s-1990’s. He was instrumental in the development of the initial Australian All Schools International Tours program with successful tours of China, South Korea and New Zealand, in the 1990’s and early 2000’s, along with NSW CHS tours of Canada and the USA.

An enjoyable and fruitful period in his career was in the 1970’s when, as a member of the NSW Junior Committee, assisted with the selection and preparation of NSW State teams, selected at the time from Easter Camps at the Narrabeen Fitness Centre.

Another equally as enjoyable a period was in the late 1960’s and 1970’s, when, as a teacher at the then Jannali Boy’s High School, developed the basketball program at the school, resulting in a number of State Championships for the school, along with many NSW CHS and NSW Association representatives.

Barrie’s service to the Sutherland DBA is extensive: starting in 1970 as a representative coach he has held a number of positions from Junior Committee to President, covering the transition period of the Association from St. George.

In 1972, Barrie founded the Jannali Basketball Club in which he is still active to this day, coaching two teams a week in the Sutherland District Basketball Association domestic competitions, along with practices Tuesdays evenings for the current seven club junior teams.

Barrie never misses an opportunity to continue his passion for coaching, currently with the Jannali Club teams, along with the sports programs at Oyster Bay P.S. and The Jannali High School. Barrie continues to deliver on every platform and he has established his reputation throughout Australia as one of its best contributors to the game.