DR. ADRIAN HURLEY TO BE IMMORTALISED AS A LEGEND WITH THE 2017 HALL OF FAME CLASS 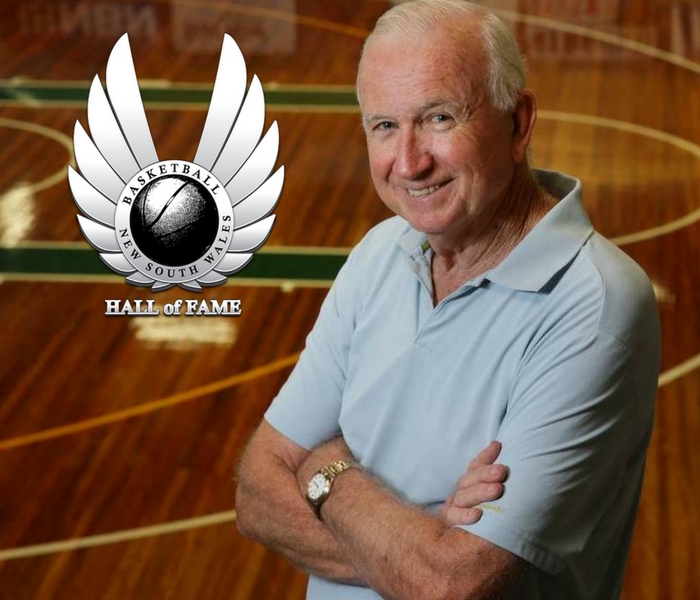 A legend of the Australian coaching fraternity, Dr. Adrian Hurley, a mentor to the country’s players for over forty years to be elevated as Legend of the game at the 2017 Basketball NSW Hall of Fame dinner Friday, 31 st March at the Albert Palais in Leichhardt.

His major achievements include establishing the AIS basketball program as a world leader in the development of young talented players and leading the Perth Wildcats to the NBL title in 1995.He has held the role of both head coach and assistant with the Boomers and has also been instrumental in coach development over a number of decades.

Three-time Paralympian Lisa Edmonds, Olympians Annie Le Fleur and the late Ian Davies along with Debbie Cadee and Terese Kennedy are the five players who will be inducted into the Hall of Fame.

Lisa Edmonds is one of the countries most respected female wheelchair basketball athletes. Lisa represented Australia in 104 international games, competing in four World Championships 1990, 1994 (bronze), 1998 (bronze) and 2002 (bronze) and at three Paralympic Games, 1992, 1996 and 2000 (silver).

Ian Davies represented Australia at two Olympic Games, 1980 and 1984 and two World Championships, 1982 and 1986. During the 1980 Olympic Games, Davies was the games leading scorer with 209 points, with a remarkable average of 29.9 points per game.

Debbie Cadee (nee Lee) has had an impressive career in the sport with her outstanding on-court performances with the Bankstown Bruins and for NSW. Winning two Australian senior titles and two Australian Junior Championships, she was an exceptional point guard, selfless, great scorer, quick and tough defensive opponent.

Terese Kennedy is one of the early pioneers of basketball in New South Wales. Terese represented Australia with the Opals at the 1967 World Championships in Czechoslovakia.

The 2017 class also includes two coaches, Patrick Hunt who represented Australia over 300 times at World Junior Championships and World University Games as well as an assistant coach of the Boomers from 1989-1992.

The late Tom Penrose who studied basketball in the USA before returning to coach Illawarra and Wollongong Teachers college. He coached Illawarra in the South East Conference and was a long term coach of junior and senior NSW teams.

Contributors Bruce Leonard and the late Gordon Young will also be inducted, Bruce Leonard the undisputed Chairman of Basketball on the North Coast. Bruce has been instrumental in the development of the sport throughout that area and in his beloved Grafton.

Gordon Young is one of those people who are able to seize the opportunity that was given to him when he was the State Director of NSW Physical Education and whilst not a native from NSW he was instrumental in the continued growth of our sport through his innovative approach to physical education.