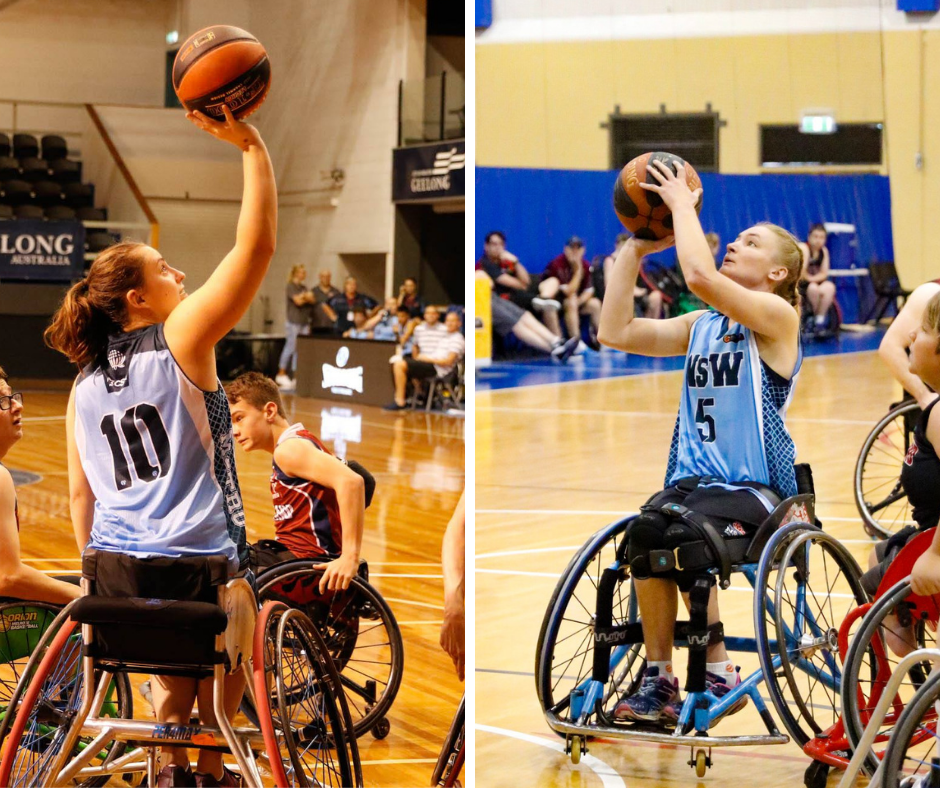 Almost a decade after achieving a Silver medal status at the 2012 London Paralympics, the final 12-strong Australian Gliders squad headed for Tokyo has been announced by Paralympics Australia earlier today.

Basketball NSW would like to congratulate NSW Kevin Coombs Cup athletes Georgia Munro-Cook & Jessica Cronje on their inclusion in the squad.

After failing to qualify for the 2016 Rio Games, the Gliders’ are set to pick up where they left off, after bringing home medals at four consecutive Paralympics from 2000-2012.

With nine years between Paralympic appearances, the Gliders will capitalize on the Games’ knowledge and experience brought by Paralympians Sarah Vinci and Amber Merritt, along with Hannah Dodd who previously competed in Para-equestrian events before joining the wheelchair basketball code.

Centre Georgia Munro-Cook is ready to finally take that next step in achieving her Paralympic dreams.

“We’re a close-knit group. Everyone’s willing to work for each other, be receptive to advice and help make sure everyone in the group becomes a better player. I think those things have really worked for us.

“We haven’t played an international game since late 2019 and while we’ve had a few camps over the past year, it’s been up and down with Covid and having to quarantine, it’s been tricky but we’ve all been working really hard individually and it’s paying off right now.”

Australian Team Chef de Mission Kate McLoughlin is excited to see the Gliders back on the global stage.

“The Australian women’s wheelchair basketball team belongs at the Paralympics,” McLoughlin said. “Three silver medals, a bronze and two fourth-placings since 1992 is a consistently strong record that I know this Team will be so keen to add to.

“I’m so pleased with the way the entire Gliders program bounced back, led well by Basketball Australia, and I think this is going to be a very special Paralympic campaign for this Team.”

Basketball Australia’s CEO Matt Scriven expressed how impressed he has been by the work ethic of the Gliders.

“It’s a great testament to the resilience of this team to get back onto the world stage following the disappointment of Rio where we failed to qualify.  It’s a credit to the determination of these athletes to pick themselves back up, set themselves a goal and deliver on it.”

“This team is brimming with optimism and comradery, this is without doubt a team that has the capability and motivation to represent Australia with distinction and we can’t wait to cheer you on as you go for gold.”

Basketball NSW would like to wish all selected athletes the best of luck in Tokyo.