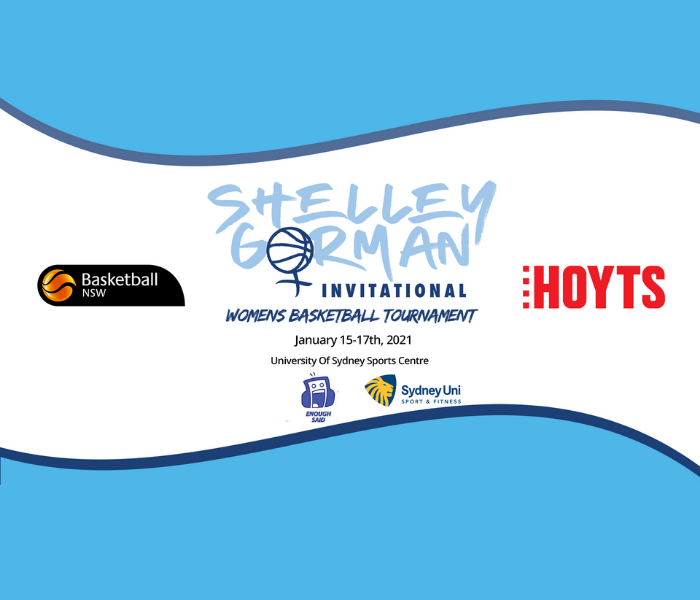 Basketball New South Wales is pleased to announce the details of the Shelley Gorman Invitational which will take place this weekend, 15th-`17th of January at the University of Sydney Sports Centre.

The Shelley Gorman Invitational is an invitation-only female tournament held over three days with a pool of $15,000 in cash prizes thanks to Hoyts. With the shortened WNBL season and the abundance of talented athletes that call NSW home, the event will aim to be a fun, exciting, and quality tournament for all involved from athletes to officials.

The tournament is named after former Australian Opal and BNSW Hall of Fame member, Shelley Gorman. Shelley Gorman is known to many simply as ‘Gorms’, and was one of the toughest and fittest players ever to wear an Australian uniform. She was first selected to represent Australia at the age of eighteen at the 1988 Seoul Olympics and was successful during her next two Olympic campaigns securing the bronze medal at the 1996 Atlanta Olympics and winning silver on home soil during the 2000 Sydney Olympic games.

During her representative career, Gorman was also dominant in the WNBL playing over 321 games split between Melbourne East, A.I.S., Dandenong, Sydney Flames and the Canberra Capitals. And in 2010, Shelley was inducted to the Australian Basketball Hall of Fame for her 17 years of professional basketball and dedication at the top level of the game in Australia followed by her induction in 2019 into the Basketball New South Wales Hall of Fame.

Lauren Jackson AO OLY, Head of Women in Basketball, Basketball Australia and former teammate of Gorman, expressed her excitement on the inaugural event being named after the formal Opal.

“Shelley is one of my closest friends and she was also one of my favourite teammates. I never knew anyone who worked harder or dedicated so much time to be in the best possible, physical shape so that she could perform on game day the way she did,” said Jackson.

“She is one of the most genuine and beautiful human beings and to see her honoured this way, with her name on this tournament it’s so special and so deserving. This is so awesome and I can’t wait to see the talent that this tournament brings to life!”

The tournament will boast a large array of WNBL players such as Leilani Mitchell, Shyla Heal, Lauren Nicholson and Alison Schwagmeyer who will battle it out for first place. Joining the jam-packed list of athletes participating will also be two teams that will feature various NSW U20 athletes for their first taste of high-level basketball in 2021.

“To have an all-female tournament to showcase the large array of talent in NSW is hugely exciting for our sport, especially after opportunities have been limited for our athletes and officials during the last twelve months,” said Nordstrom.

“It will be fantastic for our U20 athletes to finally get on court and face off against experienced players to further their development on the court as well as continuing to prepare for potential tournaments.”

“I would like to say a huge thank you to everyone that has assisted in creating and overseeing the first Shelley Gorman Invitational, I look forward to watching some first-class basketball.”

The tournament will be broadcasted live and exclusive on the BNSW Youtube page HERE.