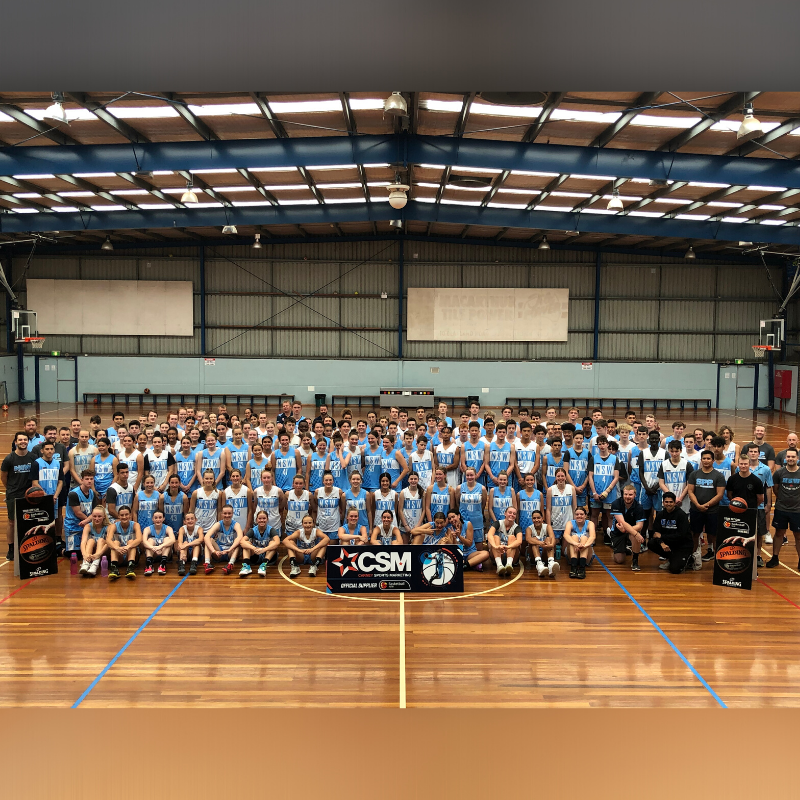 Athletes from as far away as Byron Bay in the North, Dubbo in the West, Albury in the South and Griffith in the Riverina joined their Metro counterparts for two-days of testing and training under the guidance of Basketball NSW Country & Metro High Performance coaches, Curtis Sardi and Sam Gruggen. Basketball Australia Centre of Excellence Women’s head coach Kristen Veal was also in attendance to cast her eyes over the women’s program.

The SPP program exists to assist in identifying, developing, and preparing athletes in the Under 16 & Under 18 age group to represent New South Wales at the Australian Junior Championships. Athletes are required to attend weekly individual sessions along with two live-in camps.

An addition to the program this year is renown Exercise and Sports Science authority Dr Stephen Bird who was on hand to lend his expertise to the area of strength and conditioning, monitoring athlete training loads and recovery protocols.  Metro-based Momentum Physiotherapy Health Services have also been engaged to help look after the health of the athletes.

Basketball NSW General Manager of Coaching and Development, Brett Coxsedge was pleased with the new squad on show over the weekend.

“The SPP plays a key role in the development pathway for our athletes and coaches. Bringing together some of the best athletes from all over NSW allows us to teach the fundamentals and style of play that we would like our state to be known for. We have an exciting squad of athletes that we are looking forward to working with,” Coxsedge said.