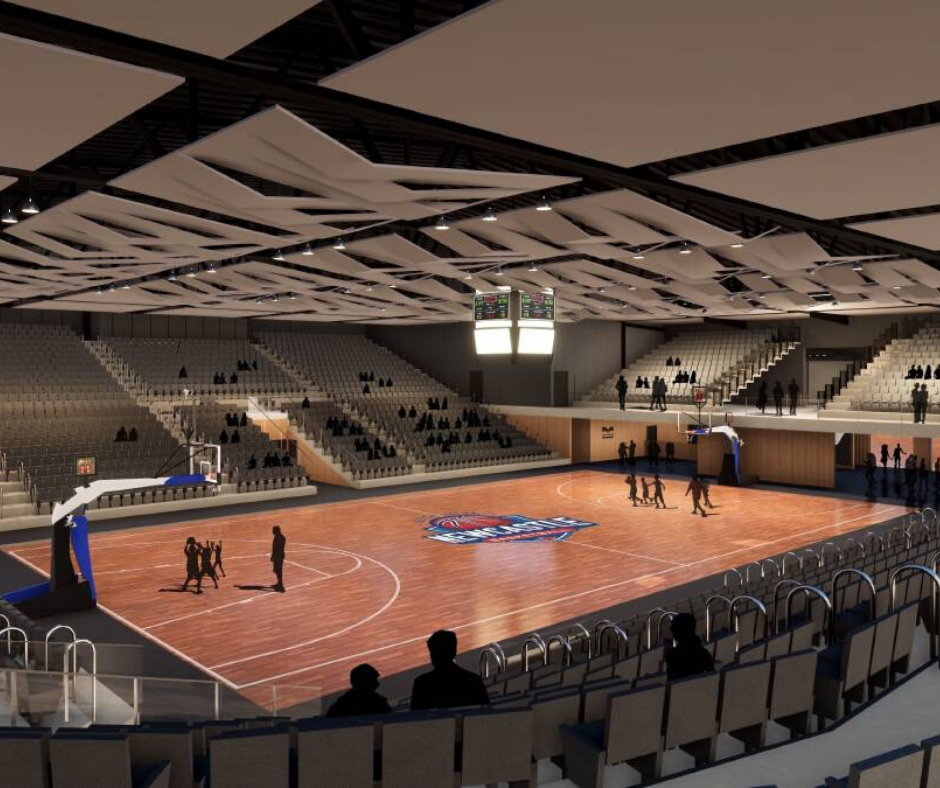 Newcastle Basketball is very excited to announce we have lodged a development application for our new $25 million indoor stadium at Hillsborough. The DA has been received by Lake Macquarie City Council for the state-of-the-art facility that includes 10 courts and seating for 4000 spectators on the show court. It will be the largest indoor basketball complex in NSW and will be home to basketball, volleyball, wheelchair sports plus a host of other community sporting and cultural activities.

Acting NSW Minister for Sport Geoff Lee said the Hillsborough stadium would be a sports and entertainment hub.

“The new stadium will take basketball in the Hunter to a new level and it will have the capability to host national and state tournaments each year,” Mr Lee said.

“A new generation of fans will be inspired while watching the superstars in action in this world-class facility. This is a big win for basketball and the entire Hunter region.”

Newcastle Basketball General Manager Neil Goffet said the facility was urgently required as the sport of basketball continues to boom in Newcastle.

“Registration numbers have almost doubled in the last few years and catering for that growth is becoming increasingly difficult,” Mr Goffet said.

“The NSW Government are to be commended for making such a significant investment in this region and we are extremely grateful for their commitment to this project.”

Mayor of Lake Macquarie City Council, Kay Fraser said the project had enormous benefits to many sectors within the local and regional economy.

“This is a significant milestone for basketball and indoor sports in general and I would like to congratulate Newcastle Basketball on getting to this point,” Cr Fraser said.

“It is a wonderful project for our City and without doubt, it will significantly contribute to creating a more active, engaged and healthy community.”

Member of the Legislative Council Taylor Martin said the stadium was a win for the Hunter region.

“The new stadium will not only host the best sports action but also cultural and entertainment events, providing an important contribution to the region’s visitor economy.” Mr Martin said.